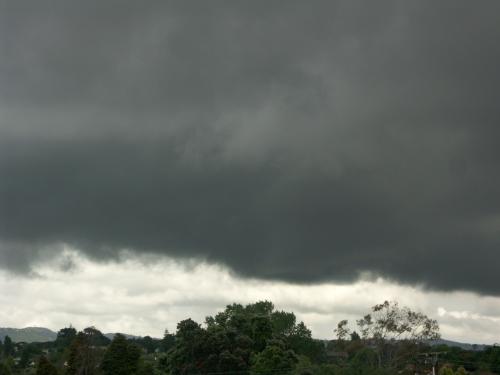 It’s hardly a breathing space but today conditions will start to improve ahead of the next frontal system already brewing in the Tasman Sea.

WeatherWatch.co.nz predicts that around the time the showers and winds ease over the western North Island the next system will already be pushing cloud in and a new wind direction – from the north west.

Most centres remain in single digits this hour, however tomorrow warmer weather will spread in as winds move back in from the northerly quarter.

The low responsible for this weeks rain, wind, hail and thunder is now south east of the Chatham Islands and moving well out into the Pacific Ocean.

The next frontal system will bring a period of rain to northern and western New Zealand during Friday and Saturday,