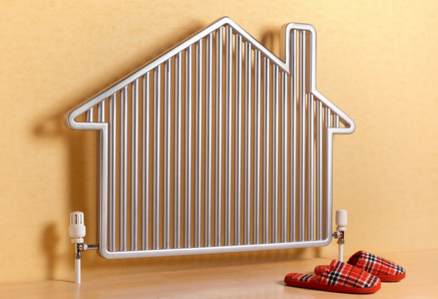 Power prices are an ongoing worry for many people, who hold back heating their homes in a bid to cut down on the power bill, a survey shows.

Figures from a new Consumer NZ survey showed 38 per cent of people said their homes were not as warm as they would like because they were restricting their energy use to keep bills down.

Those living in a rented home were more likely to turn down the heat, with 43 per cent of renters cutting back on heating because of costs.

That compares with 33 per cent who own their homes and cut heating to save.

Grey Power Auckland president Anne-Marie Coury said a lot of those choosing not to turn the heater on because of high costs were pensioners.

“In Auckland, 51 per cent that are entitled to national Super … have no other income. So if their rates go up … what do they cut back on? Food and electricity.”

Ms Coury said Grey Power had members who employ all sorts of nifty tricks to help keep their homes warm and reduce the power bill.

“My favourite is bubblewrap on the window. If you apply a small amount of moisture to the bubblewrap, you can stick it to your window and this will act as insulation. It’s a very cheap form of double-glazing, really.

“It depends on how fashion-conscious and cheap you are about things. Some people take it off every morning and put it back on at night.”

Others did their washing at night, between 9pm and 11pm, because they believed running a wash at off-peak times would trim down the bill.

“Less than half of those with Genesis Energy – the largest electricity retailer – felt they were getting good value. Just 36 per cent were very satisfied overall,” she said.

Smaller brands Powershop and Nova Energy had the most satisfied customers, with 71 per cent and 72 per cent rating them favourably, respectively.

“No family should be forced to choose between the power bill or putting food on the table this winter.

“We’ve got things back to front when families have to pay extra for their power or be forced to go without heating to subsidise big businesses.”

â€¢ Apply bubblewrap on windows. It acts as a cheap form of insulation.

â€¢ Have thick, fitted curtains and draw them at dusk to keep the day’s heat in.

â€¢ Install a heat pump. It is more energy-efficient and can also be used as a central air conditioner in the summer.

â€¢ Place rolled-up towels or blankets against doors and windows to keep out draught.

So what percentage of our power bill is due to:

Anyone willing to hazard a guess?

Here in the Far North, lines supplier Top Energy is preventing competition (and lower prices) to households. They won’t allow progressive companies like Powershop to operate up here so we’re stuck with the old guard who can fleece us for whatever they want. In a deprived area such as this their behaviour is reprehensible.

Water is expensive too! Getting cheaper to buy huge containers of it 🙂

Thank goodness the electricity people have stopped gloating about their salaries as they fleece us!

If only the money hungry Conglommerates would think of the people before PROFIT….It would alleviate so much of the ill health of our PEOPLE!

LOWER THE PRICE TO CONSUMERS, PLEASE