New Poll: What sort of Spring season do you like? 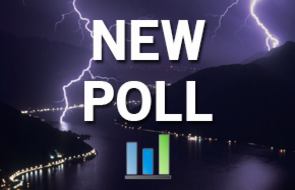 We’re now into the middle of spring and so far weather conditions in New Zealand haven’t been too extreme across the nation. However we have seen warmer and wetter conditions for the most part over the North Island and some parts of the South, while Canterbury has been drier than average.

Spring every year is different, especially in an island nation like New Zealand.

Some in the past have been violent with storm after storm. Others have been quiet with highs and no rain.

October can be both mild and cold depending on which air flow is dominant – and often we do have a few cold blasts.  However apart from a small dusting of snow and a light frost or two this month hasn’t been especially dramatic so far, other than some big downpours in the north!

So what sort of spring do you prefer? Let us know below…