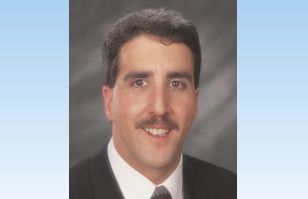 A new weather forecaster with an extensive career in the US will be joining the WeatherWatch.co.nz team in the New Year.

Howard Joseph has worked in the weather industry for over 20 years and is an experienced severe weather forecaster, after spending most of his career based in the famous tornado alley.

Born in the United States, Howard has lived most of his life in the northern part of the country, namely in Minnesota and Wisconsin – two states well known for thunderstorms, snow storms and tornadoes.

He recently decided that it was time for a big change in his life. Given his long-time interest and love of Oceania, especially New Zealand, he decided it was time to come to Aotearoa. Of course, the fact that he fell in love with a Kiwi didn’t hurt either.

He’s now living in the Waikato not far from Hamilton.

Howard got started in weather at an early age. From the time he was about 6 years old, he was fascinated by storms. At 13, he completed a summer trainee program with the United States National Weather Service (the Government forecaster).

In college, his focus was on meteorology and broadcasting. A nearly 25 year veteran of broadcasting, Howard spent almost 10 years doing weather for WKBT-TV – a television station in Wisconsin and an affiliate of the CBS Television Network.  He also spent a number of summers as a severe weather spotter and storm chaser back in the late 80’s and early 90’s.

Howard’s love of New Zealand stems from the fact that he sees this as a place where, as he puts it, “You can breathe”.

“Kiwis haven’t lost their sense of humour. People here know how to laugh. They know how to enjoy life.” he says.

“New Zealand is easily one of the most beautiful places in the world. There are many places of beauty unique to their geography, but New Zealand is something special regardless of where you’re from.”

He also says that he is very impressed with what he calls “good old-fashioned Kiwi ingenuity” and believes WeatherWatch.co.nz reflects that.  He says the cutting edge approach to weather coverage is a perfect fit for New Zealand and the presentation of weather news and the interaction with the public is unique and sets a whole new standard.

Howard Joseph says that in the US there are many private weather companies, but the advanced technology allows for such a saturation. “In New Zealand”, Howard says, “it’s not as easy as putting up a website and tapping into a few feeds – not if you want accurate local coverage.”

He says he is very impressed with the growth that WeatherWatch.co.nz has had and is thrilled to be joining Philip Duncan and Richard Green in January.

Thank you all for the warm welcomes and kind words!!

It is a very exciting opportunity and look forward to serving you all in the new year!

Congrats to Mr Joseph, looks like a good fit into the present line up. I wish him all the very best being involved in a top rated weather team. As for the previous comment about Met Service, I have noticed in the last year how they have pulled their socks up to compete. Still stuffy though but do a good job. Mr Josephs comments about NZ are perfectly correct, I see it the same way.

I can only add my congratulations to others that already done so. May you add to the mix and help to form an even more dynamic team.

Hi. Congrats on securing the services of Mr Joseph. On reading about his varied experience weather wise, this can only be beneficial to the Weatherwatch team and more importantly, to the followers of this excellent weather website.
Perhaps its now time to give old fashioned conservative Metservice a run for its money as Weatherwatch becomes the more lively and preferred site for getting weather forecasts and other exciting stuff (related news). Well done Phil, Richard and The team.

Christmas Greetings to you all
Cheers

Welcome to this great team of weather analyst. I hope you enjoy working with this team as well as living in our lovely country. I am sure you will be kept busy trying to keep everyone up to date especially when we have four seasons in one day. Enjoy