Home > News > New Bill will give clearer picture of NZ...

New Bill will give clearer picture of NZ environment 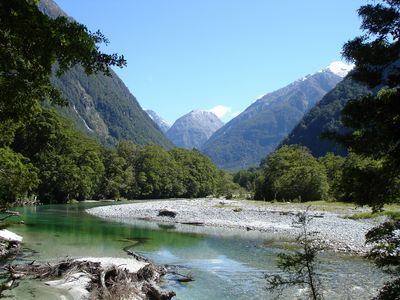 A new Environmental Reporting Bill, aimed at improving information on water quality around the country is being welcomed by farmers.

The Bill proposes to simplify the way environmental data is managed and made available to the public, as well as providing a better picture of where the most important areas for improvement are.

Minister for the Environment Amy Adams says the proposal will let kiwis get a snapshot of the country’s air, climate, water, marine and land situation, and let them draw their own conclusions.

“The proposal I have announced today will allow New Zealanders to have assurance that the environmental information they are getting is credible, robust and independent,” Ms Adams says.

“Good information on the state of our environment allows us to fully understand both natural occurrences and the impact that human activities are having. Most importantly, it will show us where we need to make improvements.

“I am a firm believer in the principle that you can’t manage what you don’t measure.”

Federated Farmers water and environment spokesperson, Ian MacKenzie, says the new Bill will take away speculation and uncertainty from any debate about the environment involving agriculture.

“Agriculture has already made a huge investment in water quality and riparian management. These reports will tell us how much of an improvement we are seeing from that investment and give us clear advice on where the problems lay.

“Some reporting is showing we are already seeing benefits from investments so when the next report comes out we would hope to see further improvements, but either way it is going to give us a good indication of where we are at.”

Mr MacKenzie says when the public sees the solid data coming from farms, proving that environmental performance is getting better, they will be able to see through the rhetoric offered by environmentalists and policiticians.

Ian MacKenzie says the data will highlight areas for improvement, and the farming community is ready and willing to work on these.