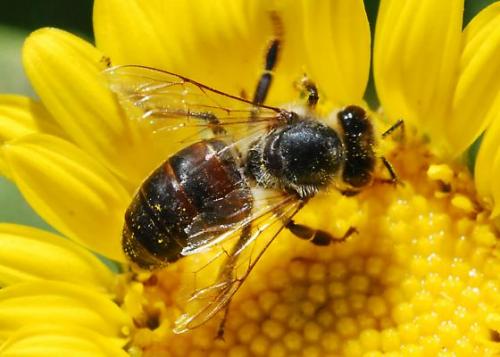 Today marks the bee-ginning of national Bee Aware Month, an initiative aimed at highlighting the decline in bee numbers worldwide.

“It’s a very good question, and I guess that no one’s absolutely certain of all the causes,” he said on Firstline this morning.

“There are a number of things that we’re worried about – one, that bees have good access to nutrition sources… another is obviously the use of pesticides, which is causing scientists around the world concern; there are various pests and diseases which threaten our bees, so that mix is pretty toxic.”

The problem is much worse overseas, where up to a third of hives are being emptied every year. In Switzerland last year, around half of the country’s bees didn’t survive the winter.

“CCD has been talked about in America and large losses have occurred quite often in Europe,” says Dr Paul. “We are not in that situation yet by any manner of means.”

But with New Zealand’s heavily reliance on agricultural exports, a collapse here could spell economic – as well as ecological – disaster.

“It’s not just the honey you put on your toast in the morning. New Zealand earns a lot of its money by exporting agricultural crops, and bees are responsible for the pollination of most of those crop – over $5 billion worth of agri-export crops leave New Zealand every year because of bee pollination.”

Some pesticides commonly used by farmers – and home gardeners – are just as toxic to bees as they are unwanted bugs. Mr Paul says they should only be used in the evenings, after bees have “gone to bed”, and never on flowers in full bloom.

“The more bees you’ve got in the garden, the better off you’ll be.”

The National Beekeepers’ Association is urging the Government to reconsider allow more honey imports from various countries, which Mr Paul says could bring pests and diseases linked to CCD into New Zealand.

Link to video from Firstline about “Bee Aware” month

What do you think? Have you noticed less buzzing in the garden this year than usual? Let us know in the comments. Experts predict that all wild bee populations will be gone within the decade – making amateur and hobby beekeepers essential for our flora – and economy!

Well over the last couple summers honeybees have been fewer and fewer. Plenty of Bumblebees tho. Have seen a few native bees but that’s all, a few.
Living up in the Kaimai Ranges, we used to see many native bees. Come to think of it didnt see many wasps either.

Dont forget the native bees also,i keep a mound of earth bare so there’s places for them to nest

There were certainly fewer bees in our garden in Te Aroha over summer, however last week we had dozens swarming around the garden on a couple of sunny days at lunchtime – and on Monday of this week also – they love the Hebes.

Thanks for the update Mum 🙂  How weird that you had dozens around at this time of the year!

We moved to NZ 5 years ago from Australia and in the time we’ve been here, I’ve seen 1 honey bee. Plenty of bumble bees, but honey bees seem quite rare. I was convinced for a long time that NZ didn’t have any honey bees!

do you live under a rock?