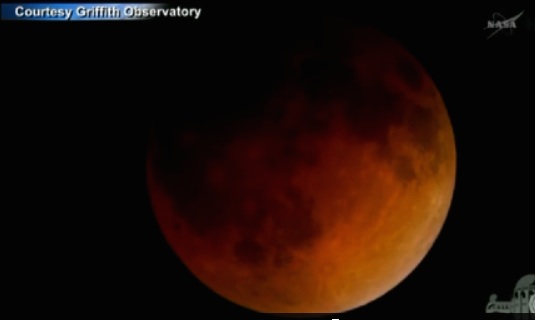 It’s not often that we get a chance to see our planet’s shadow, but a lunar eclipse gives us a fleeting glimpse.

During these rare events, the full Moon rapidly darkens and then glows red as it enters the Earth’s shadow.

Though a lunar eclipse can be seen only at night, it’s worth staying up to catch the show.

Sky gazers caught a glimpse of the “blood moon” crossing the Earth’s shadow Tuesday in all its splendor.

The moon took on a reddish hue as it appeared in different phases between 2 and 4:30 a.m. ET.

In North and South America, where the blood moon was most prominent, observers pointed at the spectacle with binoculars, telescopes and cellphones.

Check out NASA’s explanation of the phenomena, below.