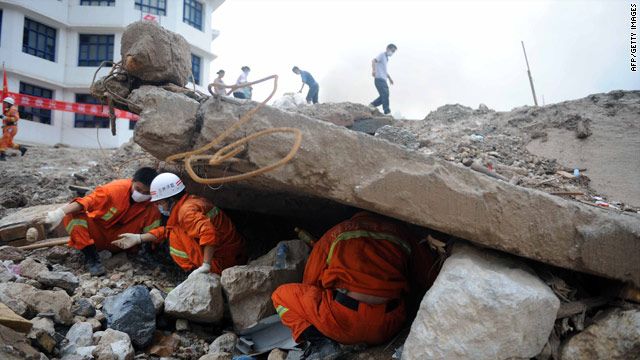 The death toll from the mudslides in a northwestern Chinese province now stands at 1,407, state-run Xinhua news agency said Friday, citing the government. At least 358 people are still missing.

The mudslides occurred in Zhouqu County in Gansu province. More than 1,700 mudslide evacuees have been living at schools, but will be relocated as students begin their school year.

Households will be moved to Shachuan Village, in the western part of the mudslides-leveled county, said Yang Jianguo, a government official in Gannan Tibetan Autonomous Prefecture which administers Zhouqu.

More than 1,000 tents will be erected at a new settlement zone with three tents for each family, said Yang, quoted by Xinhua.

“They probably will have to spend the winter there so winter tents will be used,” he said.

China has been drenched by heavy rains and floods since the end of May and the devastating Gansu mudslides occurred in early August.

In southwestern China’s Sichuan province, 16 people have been killed and 66 others remained missing in rain-triggered floods and landslides over the past week.

Authorities said about 3,600 homes have collapsed, 25,000 others have been damaged, and 55,000 hectares of crops have been flooded.