Much of NZ sees rain/wind 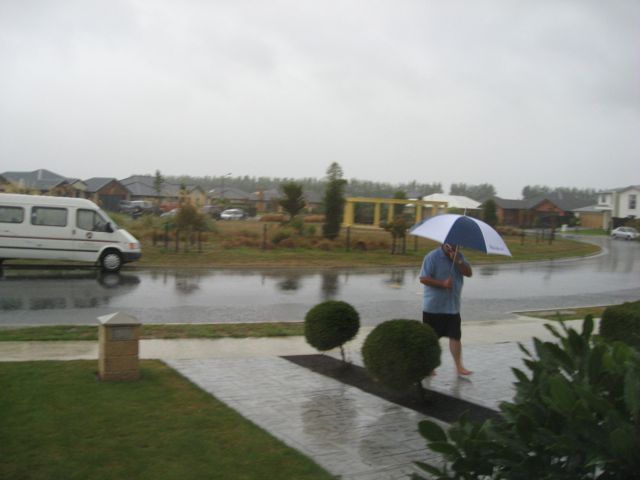 A solid band of rain has affected most of the country inside the last 12 to 24 hours and temperatures have declined sharply.

The North Island has received some impressive figures from numerous rain gauges and they’re still mounting as the rainband heads north.

Gisborne and Napier have had the highest hourly rainfall totals inside the last hour and these two centres are likely to see some rain with occasional heavy falls for much of the day however elsewhere, conditions are expected to improve before the sun returns tomorrow over much of the nation.

Winds have also picked up from the southwest with winds touching 120kph in the Manakau harbour. Blustery southwest winds are likely to make their presence felt over the next day or two especially in some eastern areas of the North island.

We’ll have an update on South Island weather conditions shortly.

We have had 85mls since Friday Night, no wind at all, has been just great, getting those water tanks filled up 🙂

Yes we noticed the SW winds,the pine needles like carpet here over everything.

Hi , we have had 50mm of rain in Kaitaia since saturday morning.