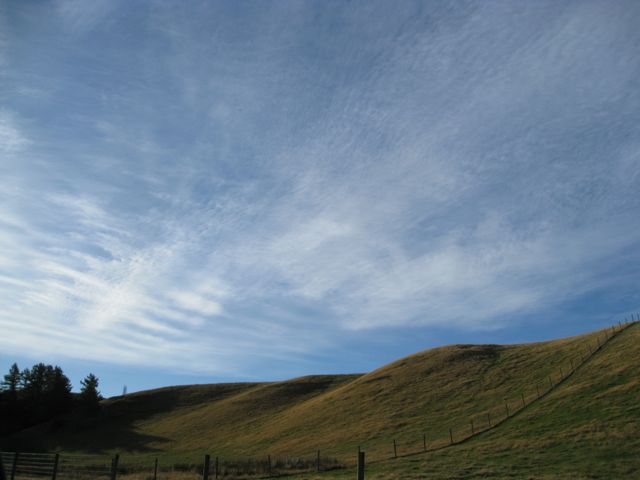 After much of the North Island copped stormy conditions this week and the overhead conditions are continuing to improve overall, this weekend it appears most people can take a breather, as mostly settled conditions are on the way.

An anticyclone is expected to cling on to our shores delivering a mostly sunny weekend with just a few cloudy areas.
There is the risk of an isolated shower in the northeast quarter of the North Island but at this stage it doesn’t appear particularly ominous.

With the more serene pattern predicted, overnight lows could feel somewhat cooler over parts of the North Island with starry skies seeing thermometers lower and the possibility of frosts in central and eastern regions.

The South Island is likely to continue its trend of what has already been witnessed throughout much of the week with frosty nights and sunny afternoons with temperatures slowly inching up a notch or two in the east.

” It’s been another frosty morning across much of the Mainland” reports WW Analyst Richard Green. “Temperatures have dropped below zero again with Oamaru and Queenstown on minus 2 and many other centres on or about freezing” he says.
” We’ve seen some chilly conditions in Canterbury, Otago and Southland this week despite the sunshine and it’s been more akin to late May and early June but the West Coast has been lapping up mild afternoon temperatures,” reports Mr Green.

Next week more unsettled conditions are likely to move across the upper North Island.
Weatherwatch.co.nz believes winds and rain are set to return and we’ll be updating the situation over the weekend.