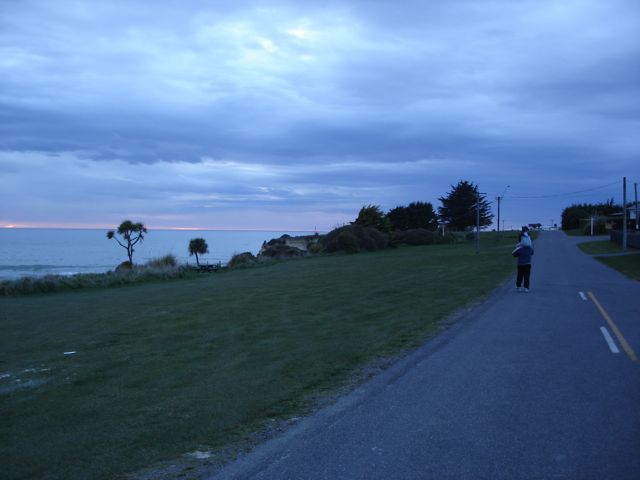 After rain or showers peppered a fair proportion of the country off and on throughout the weekend, conditions appear fairly settled today as we head bay to work and school.

Although yesterday was a little brighter in places compared to Saturday, dry conditions seem to be on the menu today with just the odd blemish.

One or two showers may hang around this morning in a few areas but by this afternoon some sunshine with just a few cloudy areas should be predominant almost everywhere however there are always exceptions and in this case it appears to be parts of the Mainland where cloud may lurk throughout much of the day.

Today could be the driest of the week nationally because tomorrow some rain is expected to creep down over the far north by the end of the day and then for the rest of the week, rain or showers are predicted almost all over the country at some point.
On the plus side temperatures are expected to slowly climb as a mild northerly should surround the country seeing milder nights and warmer days in a number of central and eastern areas.