Most of NZ in for damp Monday 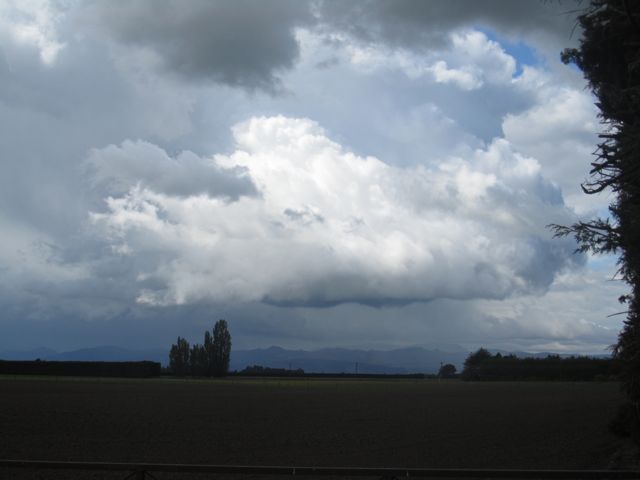 Today much of the country is in for some shower or rain activity and some thunderstorms are possible in the far north and west of the North Island and there’s also a risk about higher ground over the top half of the South Island.

The driest part of the nation appears to be in the far south where just a few showers may pop up about coastal Otago and Southland and in Fiordland most of the showers should have cleared by now.

Temperatures remain mild over much of the North Island despite the cloudy and sometimes wet conditions but colder southerlies delivering some rain over eastern areas of the South Island should see temperatures tumble.

Overnight and Auckland’s temperature barely dropped below 15 degrees with a breezy to gusty nor’ easter.
Christchurch remained in double figures overnight but rain is expected to move south over the Canterbury province with a southerly cooling temperatures.

Much of the week ahead looks patchy with bands of rain or showers however increasing brighter spells are also anticipated.

WeatherWatch.co.nz sees skies improving for the early part of next week which sees the arrival of the school holidays, (the holidays are later this year due to the rugby world cup) but from the middle of next week, more disturbances are likely to cross the country.

We must have had a reasonable amount of rain here overnight because the cat brought home an eel. Eel deliveries are almost as accurate as rain gauges when it comes to determining whether the rain was reasonable or not.

Wow!  Hope the eel wasn’t too big?!  And sounds like you have a tough cat!

Is there any sign of the rain going anytime soon ( northland, boi area) we have family over form uk and hubby is celebrating a BIG birthday on Friday and it’s been hosing down and meh for days!

Hi Laura – it’s all fragmented rather than one big rain band.  Should be some heavier rain later today and overnight.  Risk of isolated thunderstorms both today and tomorrow – perhaps a higher risk tomorrow afternoon.  Conditions should improve as the week goes on with Friday and Saturday looking much better at this stage!

Will it be more settled after the weekend? ( they’re here for three weeks) or is it more of the same?

According to the lightning tracker, Auckland looks to be on the receiving end of a bit of a storm.

getting a good thunderstorm moving in here now , heads up west auckland area