Home > News > More weather extremes for the US...

More weather extremes for the US 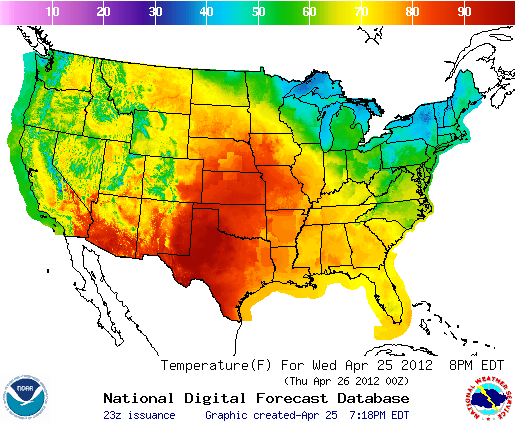 This past winter the eastern two-thirds of the continental US saw record-breaking heat whilst the western third was generally a bit cooler than normal.

This past week, that all changed.

A potent late season winter storm rolled up the east coast of the US.   A “Nor’easter” dumped up to 60 cm of snow and 120 mm of rain on states like New York, New Jersey and Pennsylvania.  It was the biggest late season Nor’easter in over 80 years.

Whilst that was happening, on the other side of the country record-breaking heat was everywhere.

On Tuesday, over 330 observed daytime highs either tied or broke previous records.  In fact, since Sunday, nearly every observing station from Pacific coast to the Rocky Mountains has recorded a high temperature that broke a record, tied a record or came within 2 degrees Fahrenheit of the record.

That includes Death Valley, California.  On Sunday, they broke their record for the hottest temperature in April, 113 F (45 C).  Their previous record was 111 F.

That record heat is now moving east and expected to affect the Great Plains.  States from Nebraska to Texas are expected to see records fall with highs pushing close to 100 F in some locations.