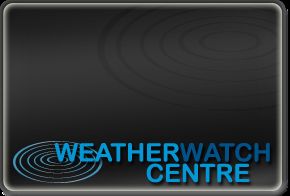 New rain warnings have been issued by government forecaster, MetService, for Bay of Plenty, Rotorua and Gisborne predicting up to 80mm of rain today along with thunderstorms.

However conditions remain quite settled in Auckland with WeatherWatch.co.nz predicting just a few showers and a change to sou’west winds later today in their independent Auckland forecast.

Other forecasters are predicting winds gusting to 110km/h along with thundery rain this morning.

The latest rain radar shows showers now moving in to the city and current observations show the strongest wind gust this hour was 70km/h on the Manukau Heads.   Auckland City has gusts to just 40km/h.

The free and live lightning tracker at WeatherWatch.co.nz has detected 38 strikes in the past hour around the country, all off shore and mainly north of New Zealand.

MetService says as the low moves over the North Island today there’s a moderate to high risk of isolated thunderstorms developing today over northern, central and north eastern parts of the North Island.  Their Thunderstorm Outlook says small hail is also possible.

Wheres the 110kmph gusts?.Our SWer the last few weeks everyday are far stronger than this.Yes the SW is where all the wind will come from as usual.