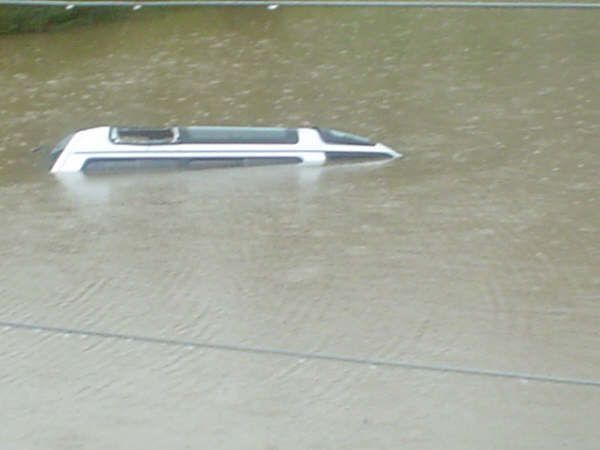 More heavy rain is being predicted by WeatherWatch.co.nz, as the second large low in a matter of days approaches from the west.

The weather news authority says there may now be at least three wet events over the next 10 days.  Head weather analyst Philip Duncan says a series of lows and fronts are coming in from the west solidying a significant change in New Zealand’s weather.

“These lows coming in from the Tasman are a clear sign that La Nina is forming and that El Nino is long dead”.  Last week NIWA, along with other weather organisations including NOAA in America confirmed that La Nina is now in the early stages of forming.

“For New Zealand this means more of the warmer weather but it also means more heavy rain and an increased risk of flooding in the North Island and east coast of both islands”.

“During El Nino events we tend to have more blocking highs in the west – this is what we have had for much of the year but in the past two months that has changed”.

WeatherWatch.co.nz says more rain will move in Tuesday night for many northern and western areas, while a brief cold snap is about to hit the lower South Island.  “On Wednesday a cold southerly will briefly bring 24 hours or so winter-like weather with snow to fairly low levels.  At this stage it does not look to be a severe event”.

On Friday and across the weekend yet another large low is predicted to move in from the west, bringing with it the potential for more rain warnings. MetService today put Taranaki and Eastern Bay of Plenty at risk of heavy rain over this period.

And WeatherWatch.co.nz says that long range computer models are predicting another potential rain maker around the middle of next week.

“August looks set to end as it started – wet and warm for most of us and cool in the far south”.

Hi Phil. With the La Nina weather pattern forming does this mean less of a chance of a repeat of last summers drought conditions for the north.

Yep it normally means a wetter summer for nothern regions, however it’s worth noting that with NZ being such a skinny country surrounded by ocean that localised areas may still suffer from drought.  And two summers ago we had La Nina conditions but regions from Northland to Southland suffered from drought, simply because the highs wouldn’t move off NZ and the La Nina lows were just side-swiping us to the east.

But certainly less chances of drought with La Nina conditions

More chance of a drought next year.
North Island most affected.