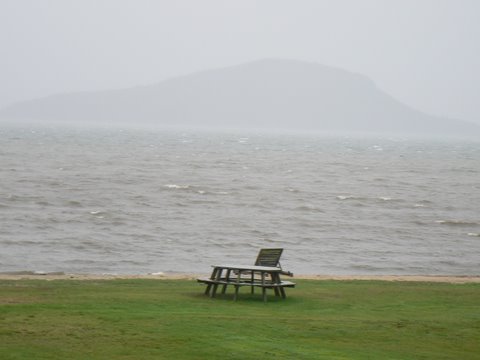 There’s a risk of an outbreak of showers or rain with some heavy falls and thunderstorms moving over the upper North Island overnight.

Winds are likely to begin as nor’ westers however they’re expected to swing west to sou’ west overnight and become gusty.Peak gusts could top 100kph in isolated areas and rain intensities per hour could hit 20mm.

Snow is still falling over parts of Christchurch and North Canterbury and powerlines are struggling under the weight of the snow that has fallen throughout the day.
Power outages have occurred and are likely to remain that way overnight in affected areas.

Temperatues remaining bitterly cold over much of the Mainland and clear skies over the southern half will see the thermometer plunge below zero.

Tomorrow it’s looking brighter for most areas with a clearance expected although single figure highs are likely almost everywhere across the South Island.

“I can’t recall the last time Christchurch only managed one degree during June in Christchurch. Even the big snow event in 2006 saw Christchurch a couple of degrees warmer,” says weather analyst Richard Green.”Still tonight there are pockets of snow falling over the city and some of the falls today have been very heavy in places”.

WeatherWatch.co.nz believes the next front moving through Canterbury on Friday should not be a repeat performance of today.

Interesting forecasting over the last few days. If the weather we in lower Northland have received thus far from this system is the worst we will get, then the outlook is quite good. We have only experienced 5 mils rain last 48 hrs with moderate wind.
The South Island you seem to have picked spot on.
I have mentioned before that we in our location (Wellsford) always seem to miss the worst of these westerly storms.