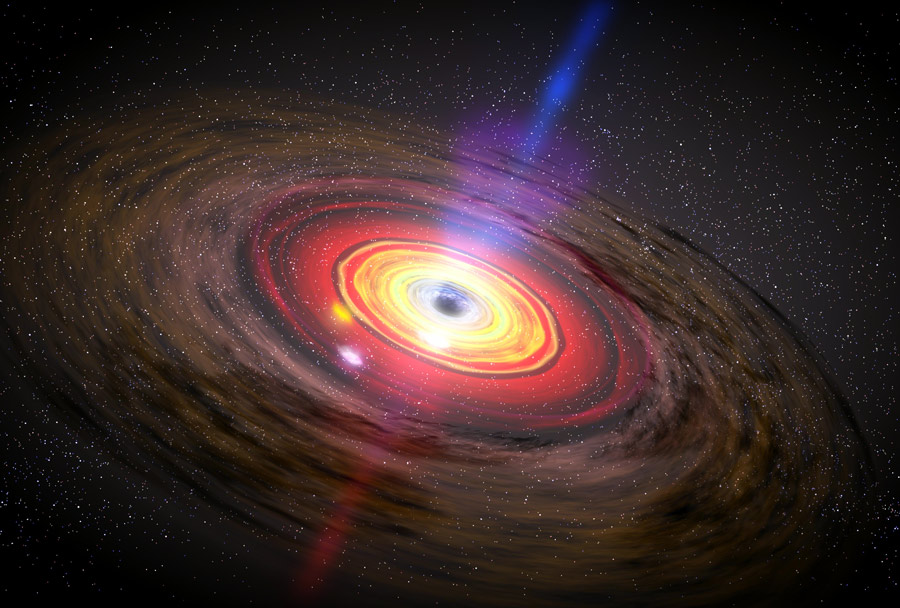 It’s long been suspected that gigantic black holes lurking in the heart of galaxies rotate faster and grow larger as they feast on gas, dust, stars and matter. But there hasn’t been a reliable measurement of the spin rate of a black hole until now.

While black holes are difficult to detect, the region around them gives off telltale X-rays. Using NASA’s newly launched NuStar telescope and the European Space Agency’s workhorse XMM-Newton, an international team observed high-energy X-rays released by a supermassive black hole in the middle of a nearby galaxy.

They calculated its spin at close to the speed of light.

This is the first “unambiguous measurement of the spin rate” of a supermassive black hole, University of Maryland astronomer Christopher Reynolds, who had no role in the research, wrote in an accompanying editorial.

Behemoth black holes — with masses millions to billions times that of the sun — are thought to reside in every galactic center. They’re extremely dense and possess such powerful gravitational tug that not even light can escape.

Scientists are able to pinpoint these monstrous objects from the streams of X-rays emitted during a feeding frenzy. Knowing how fast — or slow — supermassive black holes swirl can help shed light on their growth.

For several days last summer, the two telescopes simultaneously tracked an immense black hole in a spiral galaxy called NGC 1365. The galaxy was chosen because it was 60 million light years away — relatively close by astronomical standards.