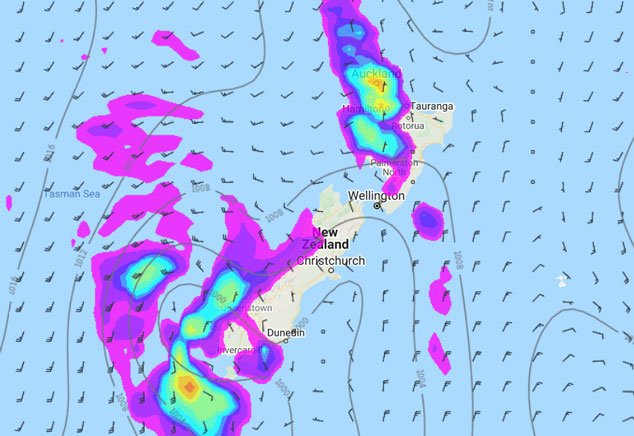 A broad low pressure system affects the South Island on Monday, this low flings a front over the North Island during the day pushing in from the west.

For the western North Island skies are cloudy or becoming cloudy in the morning with rain or showers pushing in from the west, conditions ease late afternoon or evening as northwesterlies change to the west. The Bay Of Plenty has morning sun then cloud increasing from afternoon, rain moves in late afternoon or evening then eases overnight. High cloud for the east coast, a few spots of rain spreading into the Wairarapa then further north in the evening.