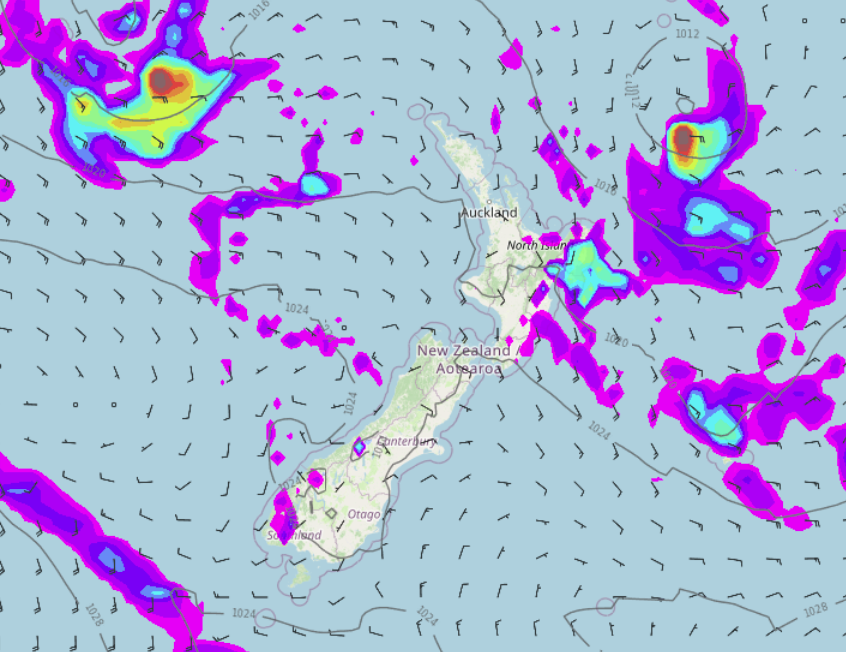 High pressure lies over the South Island today meaning mainly settled weather is in store although some lower level instability could lead to a few isolated showers. The North Island has a southeasterly airflow.

A bit cloudy in the east with showers, more so for Hawkes Bay and Gisborne. Out west is mostly sunny, some cloud Coromandel through to eastern Northland, also in a few other areas this afternoon. Warm temperatures this afternoon in the west with highs in the mid twenties, Hamilton is forecast to get to 27.

Mostly sunny weather, some morning cloud in the east breaks away. Cloud builds about inland hills and ranges of the lower South Island this afternoon with isolated showers later this afternoon / evening. Reefton and some parts of Otago get to 24 degrees, temperatures in coastal parts may only reach the high teens.