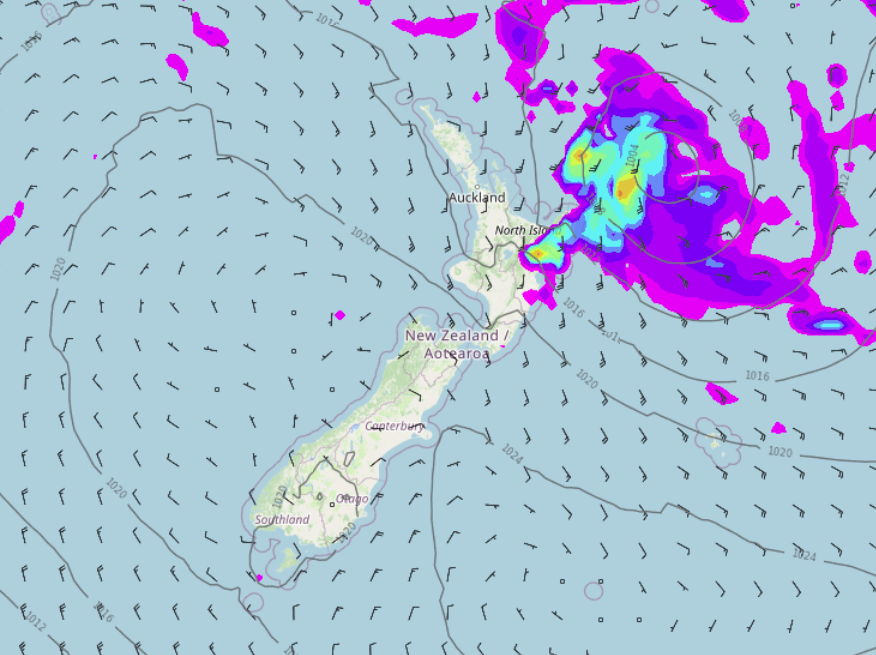 High pressure lies over the South Island today bringing settled weather meanwhile a southerly quarter airflow flows over the North Island thanks to a low pressure system to the northeast.

Cloudy along the east coast with showers, rain north of Napier. Out west conditions are drier and sunnier, there may be some cloud south of Taranaki and also for the upper North Island at times. Winds from the south or southeast, gusty for coastal areas north of Napier and also through Cook Strait.

Mainly sunny for Nelson, any morning cloud clears. Marlborough has cloud morning and night, sunny by midday. Canterbury is mostly sunny however there could be some morning low cloud or fog, also some cloud may pester coastal areas north of Banks Peninsula. The West Coast and far south is mostly sunny after morning low cloud or fog clears, cloud or fog moves in again at night. Winds are mostly light tending onshore in the afternoon, east to northeasterly winds for the east coast may pick up a little in the afternoon.