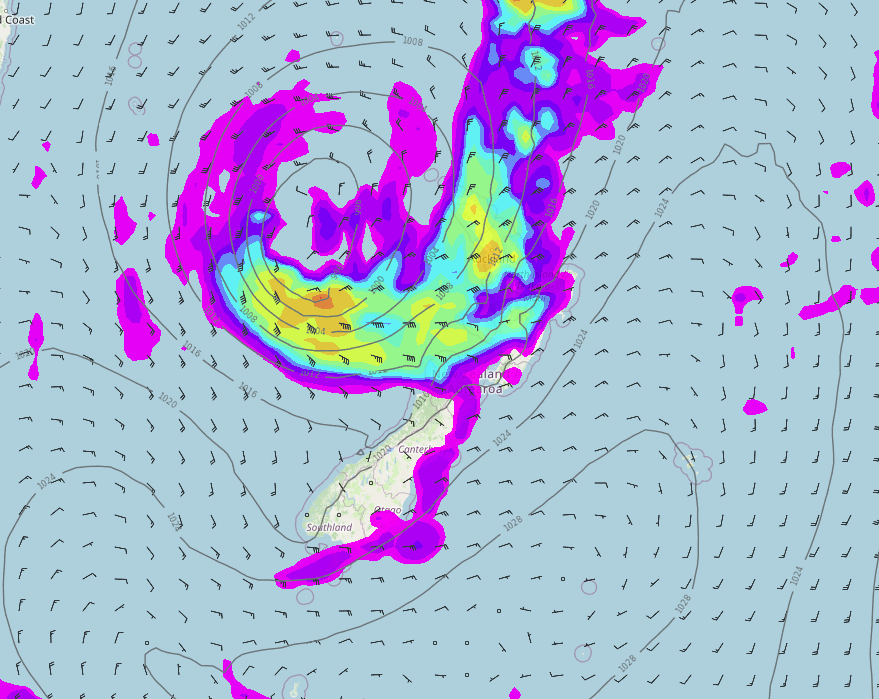 A high lies to our southeast today meanwhile there is a low to the northwest, New Zealand as an easterly quarter airflow with winds moving out of the high and into the low. A warm front then occluded front push down from the north.

Mostly cloudy today with rain for the upper North Island (Taranaki across the Bay Of Plenty), drizzle or a few showers further east. Rain spreads into eastern regions this afternoon. Heavy rain for Northland spreads into Auckland this morning then Waikato and Bay Of Plenty later this afternoon or evening. Northeasterly winds are quite strong for the upper North Island with gales likely in coastal spots, strong winds pick up along the eastern coastline this evening.

Mostly cloudy for Nelson / Marlborough and down along the east coast, expect patchy showers or drizzle to move in this morning. Rain spreads into all of the upper South Island this afternoon then reaching into Otago overnight. Most of the West Coast is dry today with sun and some high cloud, rain moves into Buller this afternoon, reaching Haast this evening. Northeasterlies down along the east coast freshen, southeasterlies for the West Coast.