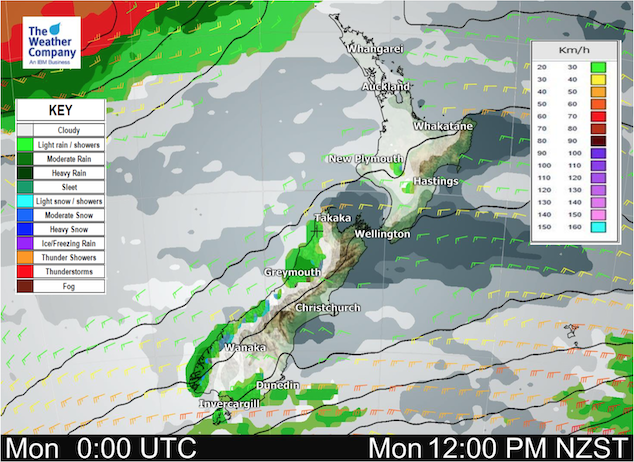 A southwesterly airflow lies over New Zealand today, meanwhile a low pressure system brews away to the northwest in the Tasman Sea.

Expect cloudy areas for the western North Island, chance of a shower at times also mainly this morning then long dry periods developing. Winds from the west or southwest. Mostly sunny skies in the east and about Bay Of Plenty.

The West Coast, Southland and Otago (mainly near the coast) has mostly cloudy skies and occasional showers, winds breezy from the west or southwest. Central Otago is a little drier with some sun possible at times. Canterbury, Marlborough and Nelson has mainly sunny weather.

Today’s max temperatures below. Canterbury may see temperatures hit 16 or 17 degrees which is a bit higher than what is shown.