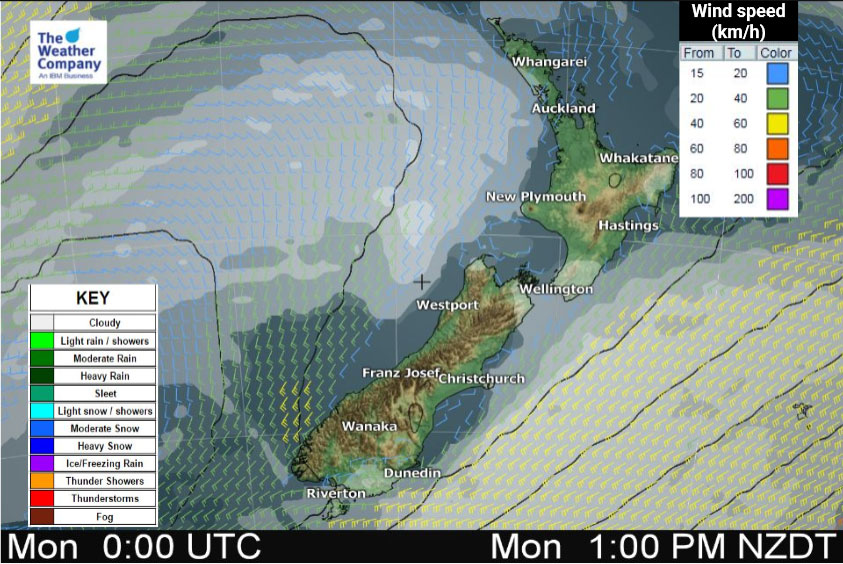 A large anticyclone centred in the south Tasman Sea strengthens out over New Zealand today.

For most of the North Island expect mostly sunny weather, winds are light with afternoon sea breezes. The few points to note is there may be some cloud about western coastlines from Taranaki up through to Northland, especially in the morning. Also eastern Bay Of Plenty has some cloud and the risk of a shower in the morning then slowly breaking with drier conditions developing into the afternoon.

Temperatures in the low to mid twenties for most of the North Island, warmer temperatures will naturally be about inland areas.  A few exceptions are possible where highs may not get out of the high teens about some coastal parts due to sea breezes, the reverse is true inland where some sheltered spots could even get into the high twenties. Highs range from 15 to 26 degrees across the South Island, warmest temperatures inland, coolest about the coast (especially Southland).