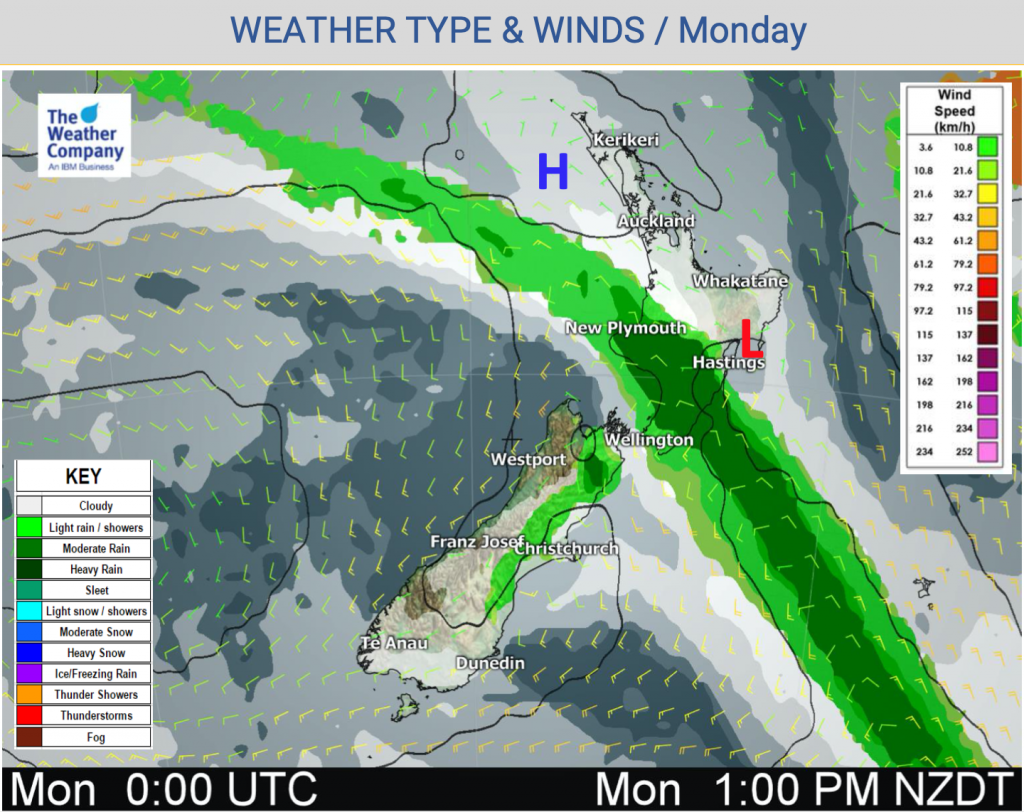 A front lies over Central New Zealand first thing today then slowly moves northwards during the day, a ridge slips in behind the front over the South Island.

Sunny areas and increasing high cloud for the upper North Island with westerly quarter winds, a few showers possible later in the day or overnight about Waikato and Bay Of Plenty as winds change southeast. Rain about Wellington through to Taranaki in the west, easing to showers in the afternoon and clearing by evening, northerlies change to the south or southeast. High cloud in the east, rain develops about Wairarapa in the morning, becoming heavy afternoon then slowly pushing northwards to reach Hawkes Bay in the evening.

Mostly sunny for the West Coast, any morning cloud about Buller clears. Any morning showers clear Nelson then sunny areas increase. Mostly cloudy about Canterbury and Marlborough with a few showers or drizzle patches, southeasterlies tend to the east by evening. Conditions dry out in the evening for most. Southwesterlies for Southland and Otago, tending to the east in the afternoon for coastal Otago. Mostly sunny for Central Otago, some cloud at times about coastal areas.