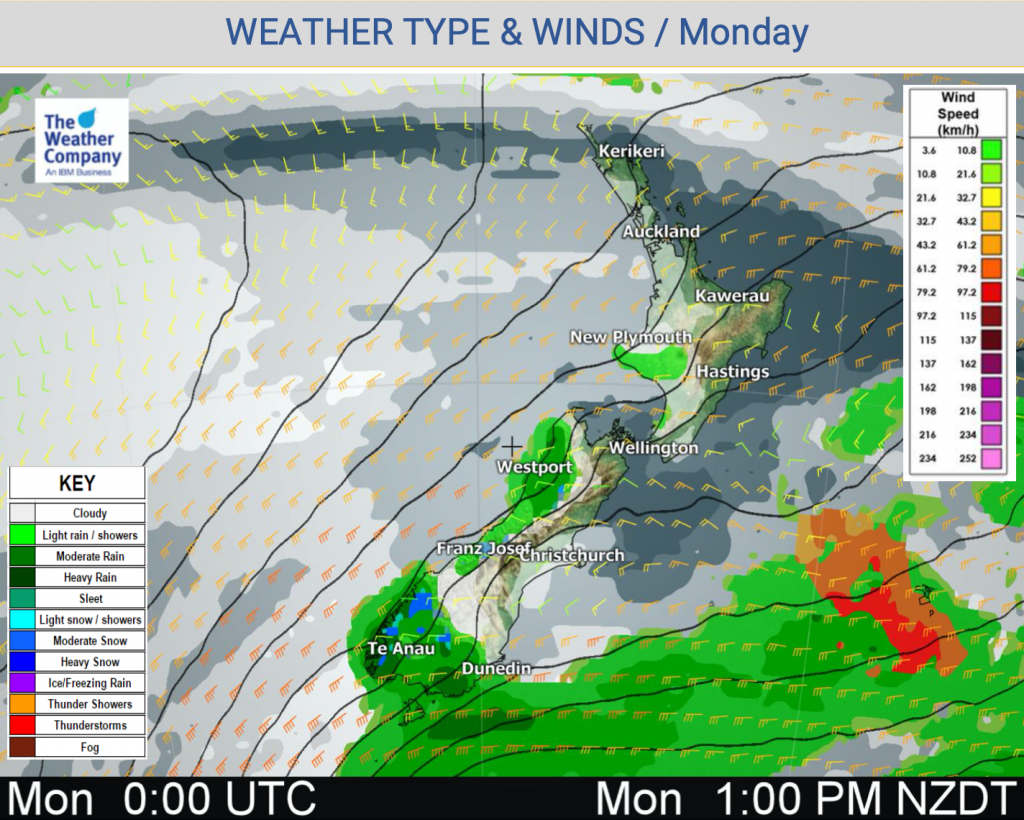 For the upper North Island, morning showers clear then sunny areas increase with blustery southwesterly winds, cloud thickens again this evening. For the lower western North Island (Taranaki to Kapiti) expect some sun this morning then cloud thickens with the odd shower by midday, west to southwesterly winds strengthen. Mostly sunny for the east coast, some morning cloud about Wairarapa may bring a shower then clearing, winds gusty from the west or southwest.

Rain or showers for the West Coast and about Southland / Otago, winds strong from the southwest with gales likely about coastal areas. Morning sun for Canterbury then cloud thickens up this afternoon bringing the risk of a shower as southwest winds freshen, southwesterlies may rise to gale this evening about the coast (especially about Banks Peninsula). Mostly sunny about Nelson and Marlborough with gusty west to southwesterly winds, morning cloud about Nelson breaks away.