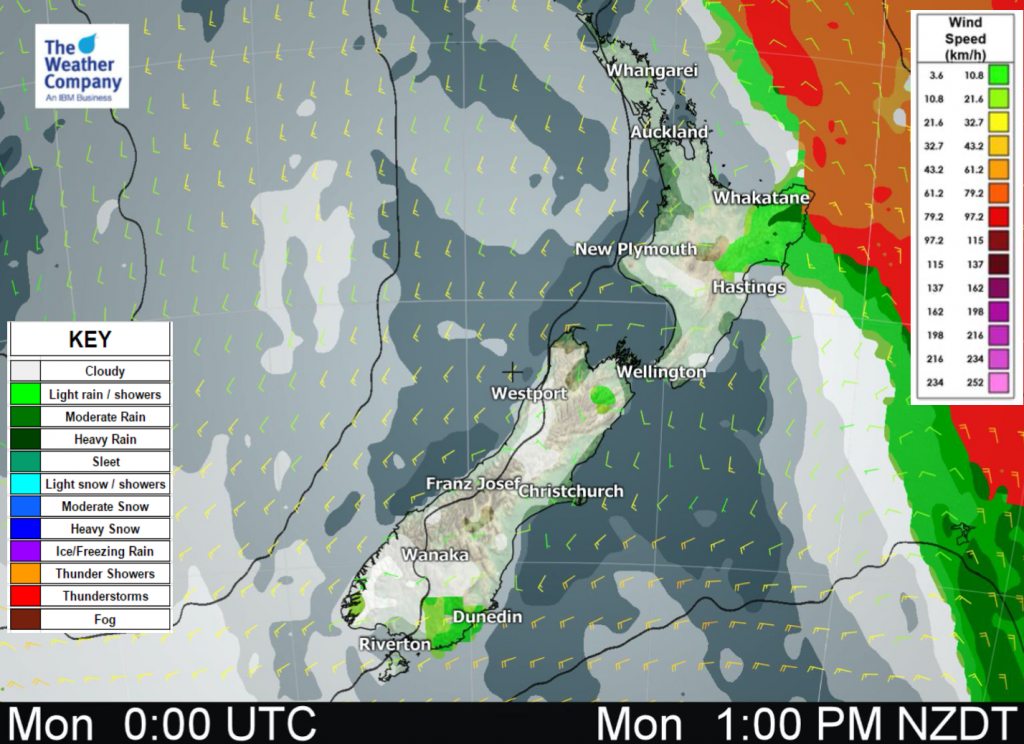 Any early showers clear the upper North Island then becoming mostly sunny, an isolated shower or two may swing through in the afternoon for Auckland and Northland moving in from the west otherwise expect a mainly dry day with southwesterly breezes. Morning rain about East Cape / Gisborne eases to showers. Hawkes Bay and Wairarapa start off dry then cloud thickens with a few showers from afternoon as westerlies tend to the south.

Some cloud and the odd shower from Taranaki down through to Kapiti then drying out from afternoon, cloud breaks away in the evening as westerly quarter winds tend southeast.

Some cloud and the chance of the odd shower for the West Coast with southwesterly breezes. Nelson and Marlborough start the day mostly sunny, cloud builds in the afternoon bringing a few isolated showers to Marlborough (mainly about inland hills / ranges) and these may make their way into Nelson by evening. Any early showers clear coastal Canterbury, mostly sunny otherwise. In the afternoon southwestely winds tend easterly and cloud starts to thicken up for inland areas with light drizzle developing, cloud spreads to the coast in the evening. A few light showers or drizzle patches about Southland spread into Otago during the afternoon, winds from the southwest.