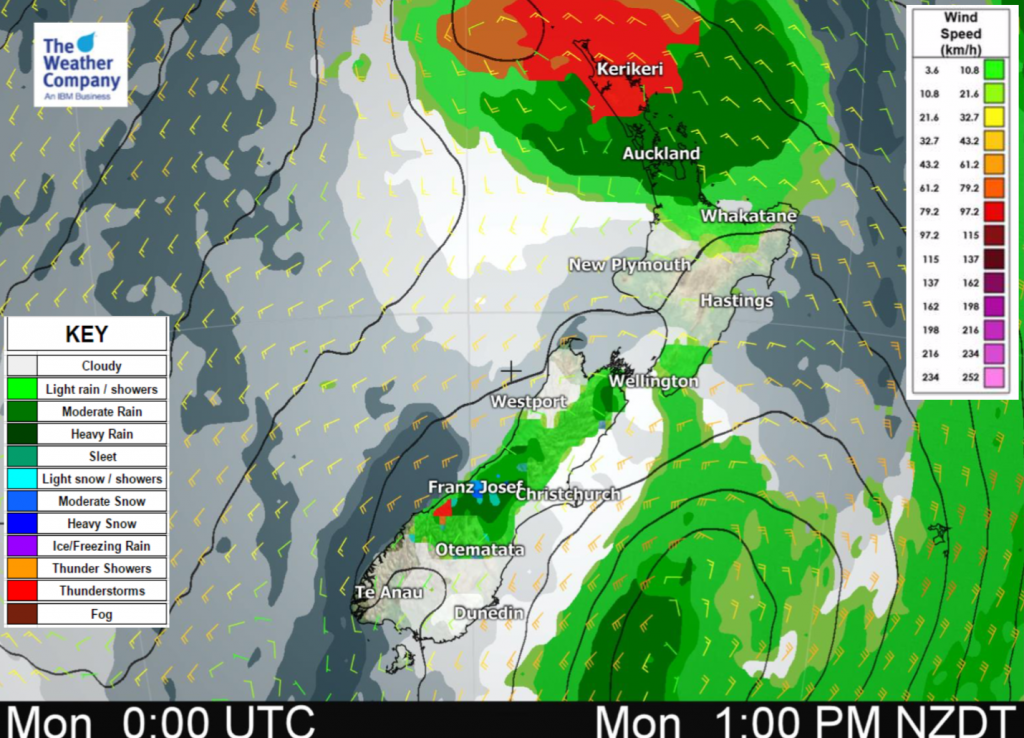 A low pressure system moves out of the Tasman Sea and across the upper North Island today meanwhile expect a moderate southwesterly airflow for the South Island.

A few showers and dry spells for much of the upper North Island, rain moves into Northland during this morning then elsewhere early afternoon bringing a chance of heavy falls and some thunder before easing by evening. Light winds gradually pick up from the southwest. Showers for Taranaki through to Kapiti clear during the afternoon and sunny spells develop, rain for Wellington and Wairarapa doesn’t clear till evening. Sunny areas and some high cloud for Hawkes Bay and Gisborne, showers develop late afternoon with a southerly change, possibly heavy with thunderstorms (more so for Gisborne) then easing overnight.