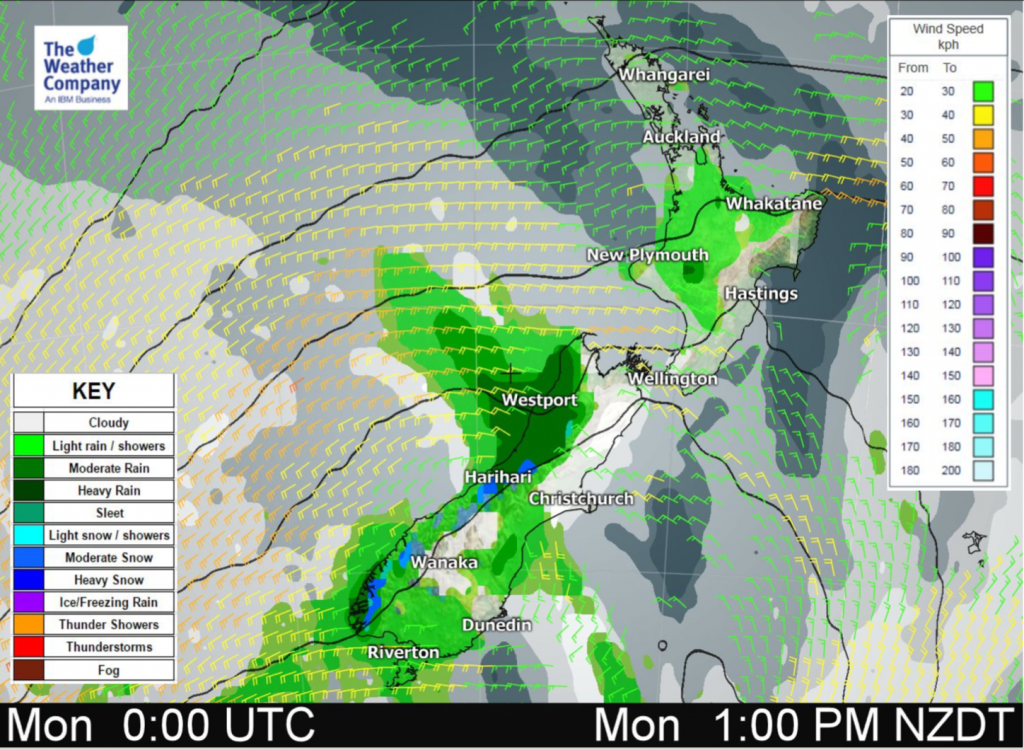 A southwesterly airflow lies over New Zealand today. Expect showers in the west and far south, gradually spreading up the South Island’s east coast from afternoon.

Showers move into western parts of the North Island this morning, easing from afternoon as northwesterly winds change west to southwest. Some sun may break through at times from afternoon then later in the evening showers pick up in intensity again. Mostly sunny along the east coast, westerlies pick up in the afternoon about Wairarapa bringing a few clouds.

Morning rain eases to showers for the West Coast of the South Island, winds from the southwest. A period of morning rain or showers for Nelson / Marlborough then sunny spells break through, westerlies. Morning rain about Southland then easing to showers, westerly winds. Showers and dry spells for Otago, showers picking up and becoming more widespread from late afternoon. Canterbury has a dry morning with high cloud then afternoon showers with southerlies, showers clear at night.

Temperatures will be warmest about Northland and the east coast of the North Island today with high’s getting into the late teens or early twenties. The coolest temperatures will be about the Southern Alps and Fiordland. Nelson, Marlborough and Canterbury north of Banks Peninsula sees temperatures ranging from 17 to 19 degrees.