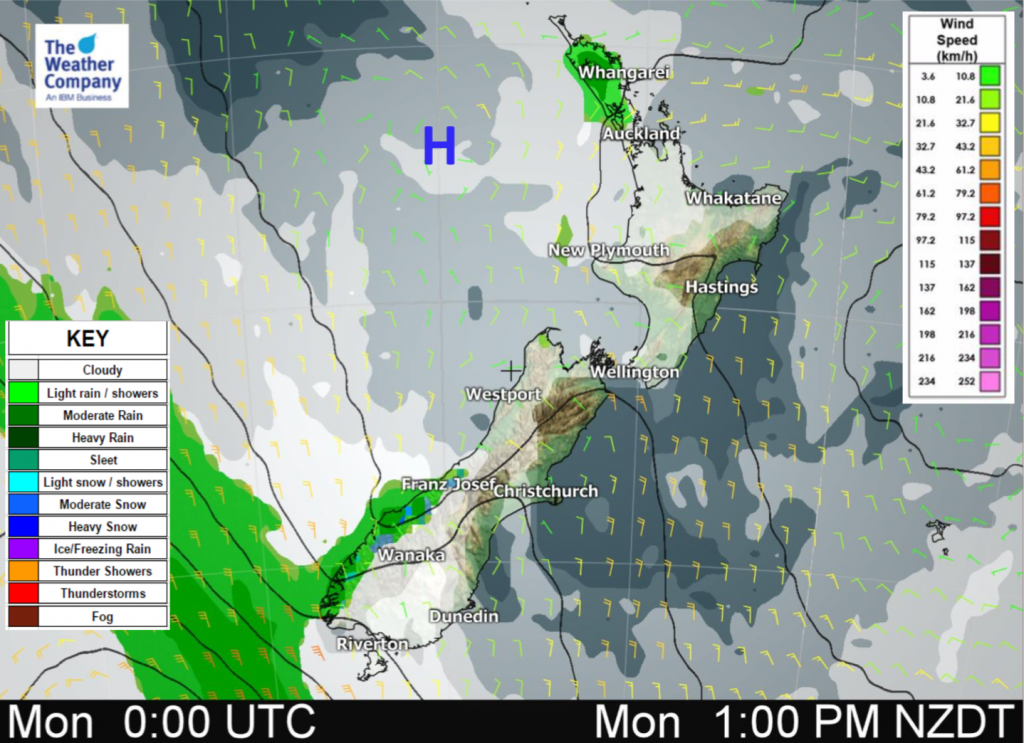 A northwesterly airflow gradually increases over New Zealand today while a large anticyclone is situated to the northeast of the North Island.

Expect cloudy areas for the upper North Island, the odd shower about also with the chance of an isolated heavy fall for Northland in the afternoon. The Waikato may be fairly dry this morning with a shower or two possible from afternoon. Winds are light, gradually tending northwest. Cloudy areas and occasional sun for the lower western North Island, there may be a light shower or two about otherwise mainly dry. Taranaki has the highest risk of a shower. The east coast has a mainly sunny day.

Mostly cloudy skies for the West Coast Greymouth southwards, patchy showers also especially from afternoon then rain moves into Fiordland in the evening. North Of Greymouth conditions are sunnier with some high cloud possible. Nelson down through to Canterbury in the east has mostly sunny weather and a touch of high cloud at times. Southland and Otago has more persistent areas of high cloud. Winds from the north or northwest, becoming gusty about the main divide / inland areas from afternoon.