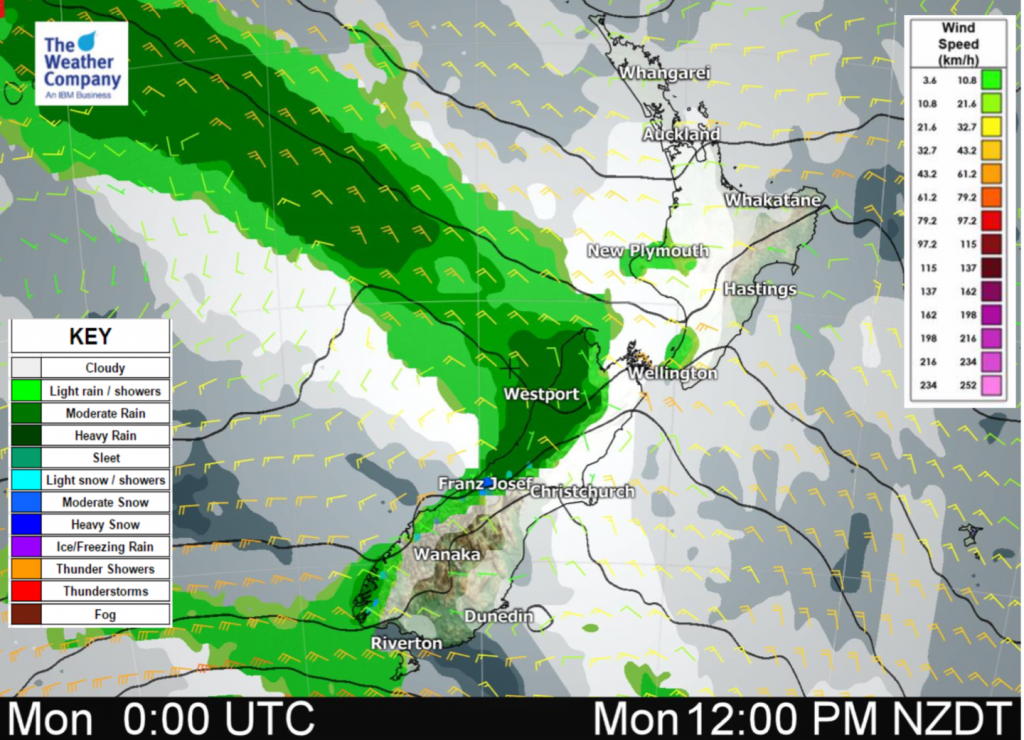 A northwesterly airflow lies over both the North and South Islands today, a cold front pushes onto the lower South Island this morning then gradually moves northwards to reach central New Zealand overnight.