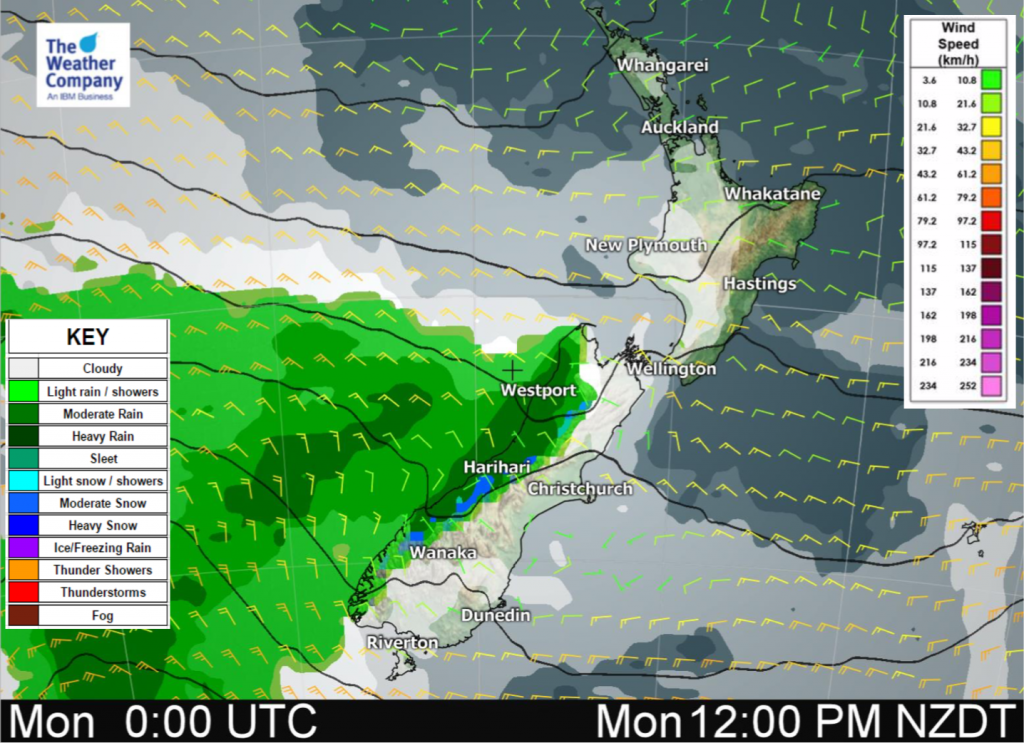 For most of the North Island expect mostly sunny weather however from Waikato (especially in the west) down through to Kapiti expect cloudy areas, perhaps the risk of a light shower or two also otherwise mainly dry. Northwesterlies strengthen through Cook Strait rising to gale at times from evening.

Patchy rain or drizzle for the West Coast becomes heavy by evening, thunderstorms possible later in the day. The east coast has sunny areas and some high cloud with strengthening north to northwesterly winds, rising to gale at times for inland parts of Canterbury in the evening. Rain / showers spread into most parts of Southland and Otago in the evening as winds change westerly and rain becomes heavy about the the Canterbury high country before easing overnight.

For the North Island, temperatures ranging from 13 or 14 degrees about the Central North Island to 18 or 19 degrees along the east coast and about Northland. Highs in the late teens about Canterbury and Marlborough, mid teens for Southland, Otago and Nelson and in the low to mid teens for the West Coast.