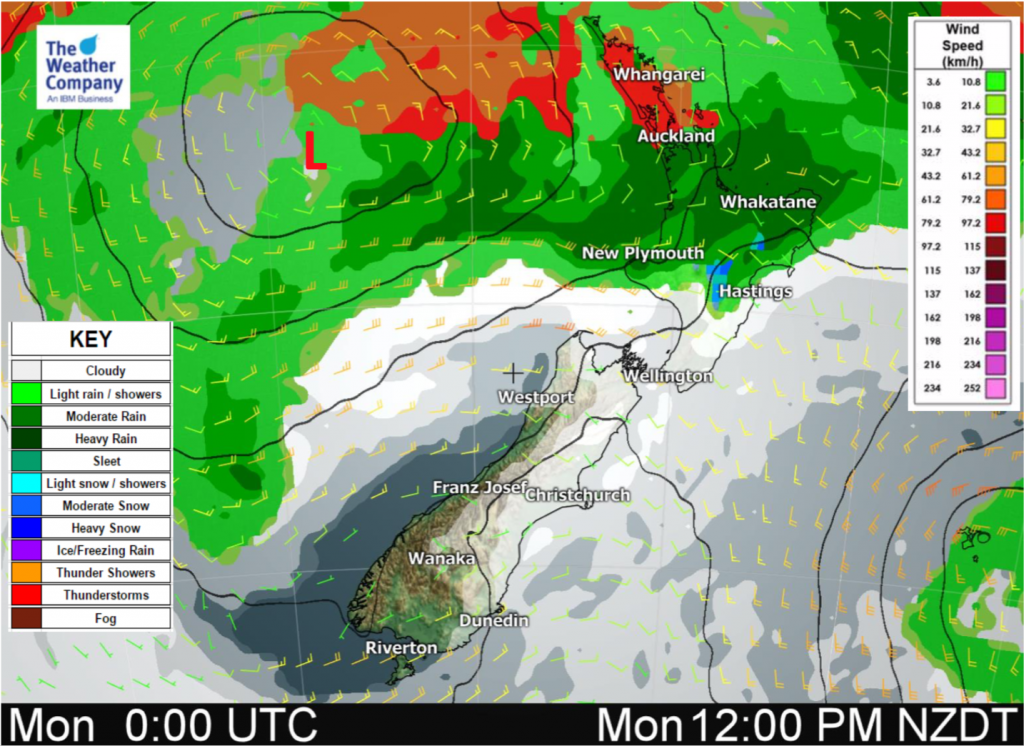 A large low pressure system in the Tasman Sea draws in an easterly quarter airflow over New Zealand today.

Most of the North Island can expect a cloudy day with areas of rain or showers, parts of Northland may be dry this morning. Wellington, Wairarapa and Kapiti is looking fairly cloudy, there could be a light shower or two about otherwise mainly dry.

For Nelson, Marlborough and Canterbury conditions are quite cloudy and cold with east to southeasterly winds. There may be a drizzle patch or light shower at times north of about Banks Peninsula through to Marlborough in the east. Any light showers bring the chance of a few snow flakes down to 300 or 200m but due to precipitation levels being very minimal there’s little chance of much if any accumulations.

For the West Coast and Southland conditions are mainly sunny. Central Otago has a mix of sun and cloud then finally coastal Otago has morning cloud then some afternoon sun breaks through with northeasterly breezes.

Temperatures across most of the lower North Island in the high single figure or low double figure arena. Temperatures reaching into the mid teens for Auckland and Northland. High’s ranging from a low 5 degrees about inland parts of the South Island through to 10 degrees for some coastal parts of Canterbury / Marlborough. Nelson, Central Otago, Southland and the West Coast will see afternoon temperatures ranging from 10 to 12 degrees.