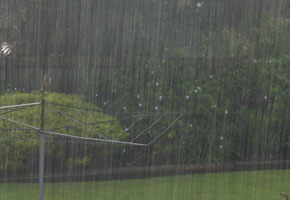 A complex low pressure system lies over the country tonight, conditions will ease for some although heavy rain is still expected through much of the night about coastal Otago. Heavy falls could also affect northern parts of Taranaki and eastern Bay Of Plenty.

Northland, Auckland & Waikato
Cloudy spells with light winds from the northwest. The odd shower at times mainly in the west.
Lows tonight: 9-11

Central North Island, Bay Of Plenty
Showers at times with north to northwest breezes, some areas may experience long dry spells also. The first half of the night may be marked by a few heavy downpours about eastern Bay Of Plenty then easing before dawn.
Lows tonight: 10-13

Canterbury
Rain about Mid and South Canterbury eases overnight to clear tomorrow morning. Further north expect remaining showers to clear this evening then some cloud will hang about during the night with light winds.
Lows tonight: 5-6