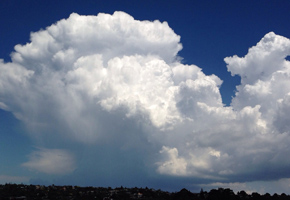 Showers, some heavy with thunderstorms for many parts of the country this evening however most should ease and clear before midnight, for more details about your region read below.

Isolated showers, some heavy with possible thunderstorms about northern /
eastern parts of the Central North Island, eastern Waikato and inland Bay Of
Plenty clearing during this evening. Westerly breezes for most although the Bay
Of Plenty sees northerlies which ease later this evening.
Tonight’s Lows: 12-16

Some cloud with easterly breezes, isolated showers for Hawkes Bay and
Gisborne (especially about the ranges), showers may be heavy with thunderstorms
then clearing later this evening. Light winds may tend southwest
overnight.
Tonight’s Low: 15

Becoming cloudy with the odd shower moving in later, especially about
northern Taranaki and Palmerston North southwards along the coast. Showers may
become a little more widespread overnight for a time. Westerly quarter
winds.
Tonight’s Low: 13-14

High cloud with north to northwest breezes. A few showers at times clearing
around midnight, some of which may be heavy.
Tonight’s Low: 12

Showers, some heavy with thunderstorms and hail about South and Mid
Canterbury this evening as winds change southerly. Southerlies reach Banks
Peninsula northwards around midnight with showers, some may be heavy also but
the risk of thunderstorms is lower.
Tonight’s Lows: 11-12

Showers, some may be heavy with thunderstorms and hail then easing
overnight, cool southwesterlies.
Tonight’s Lows: 8-9

Cloudy spells with southwesterly breezes, chance of the odd shower, mainly
in the east.
Tonight’s Lows: 8-9