Home > News > Monday has something for everyone...

Monday has something for everyone 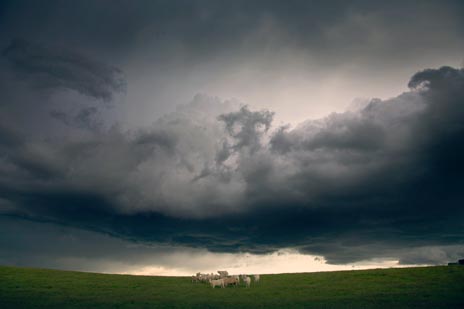 The wettest conditions appear to be heading for the southern half but also eastern parts of the North Island today.

It may start off fairly placidly but scattered showers look as if they turn to rain and an accompanying southerly will certainly add to the chill in the air.

Wellington could be in the firing line initially with quite a squally change to start with and some beefy showers with the chance of hail.

That cold air is set to head north delievering the wet stuff to Masterton, Napier and Gisborne.

Aucklanders today could see the odd shower but sunny spells could also pop up on a day where it’s going to be a bit up and down weatherwise.

Yesterday from Taranaki down to Otaki conditions were fairly bleak at times and this morning could see more of the same before a clearance this afternoon.

Parts of Canterbury and Otago yesterday afternoon saw a handful of thunderstorms and reports of hail also came into WeatherWatch.
Pieter had this to say on Facebook “had one big bang at lake Mahinerangi and wind farm shut down as Trustpower lost some coms to Deepstream. Windy rainy and 9C in Mosgiel now”.
Blair in inland Canterbury reported”Lightning has caused at least one Vegetation fire in Methven, brigade currently dealing with a hedge row on fire on Mt Hutt Road, lightning maybe have caused another next to railway lines near Kirwee, where a brigade is dealing with that.”

Mainlanders are set to see showers depart from the northeastern section today and then it’s mostly dry and cool with a southerly fading.

The week ahead appears quite disturbed over the North Island with bands of showers or rain at times but a clearance in the east is likely midweek.

Mainlanders appear to be getting the most settled conditions however inland showers may pop up due to afternoon heating and some showers could be heavy.