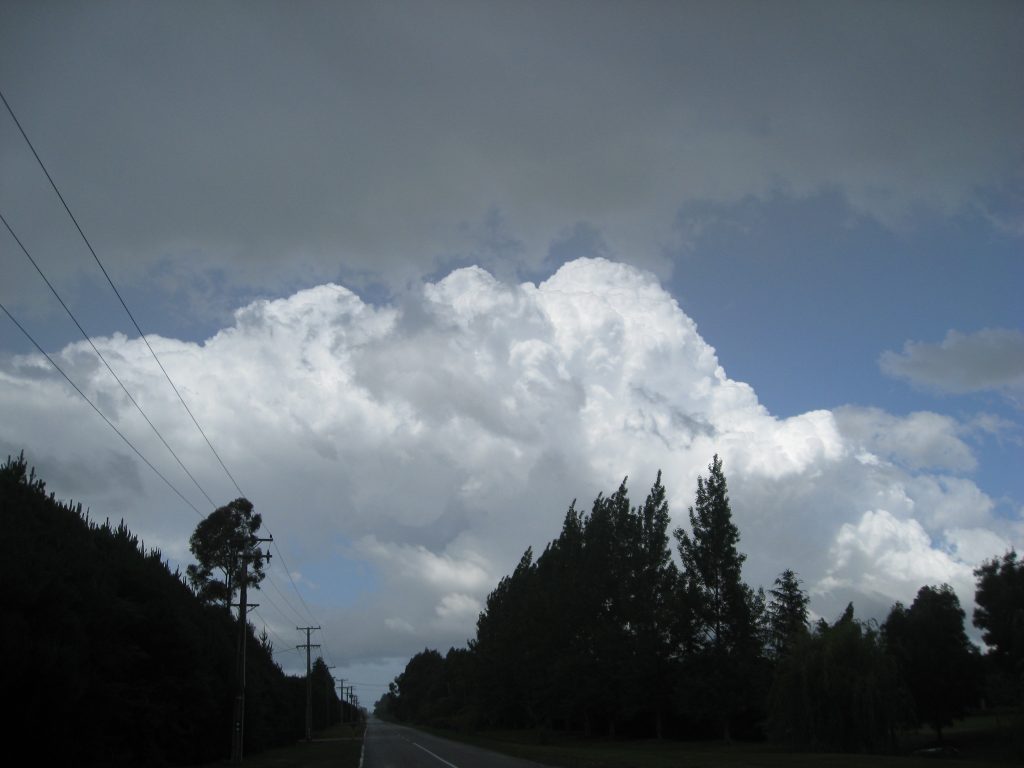 Today a fairly vigorous front is moving across the country and is expected to deliver rain or showers to almost all areas either today or tonight. There’s also a chance of thunder and hail in areas exposed to the north and west but the chilly southerly could also contain the wintry mix in the south. This is the first of a couple of fronts due to cross the nation this week with the arrival of the second due Thursday and Friday. As often is the case, the winds increase as the fronts near and pass through and today some gusts are anticipated but hopefully nothing too severe.as winds swing southwest in the south, the windchill factor will make it feel more like a wintry cold and snow should fall to moderate elevations inland. Tonight and tomorrow night the temperatures should be below par in many cases for late September with skies clearing except perhaps eastern areas of the North Island. As was reported yesterday, southeast Queensland experienced a hot weekend with temperatures climbed close to the mid 30s. Sadly it doesn’t appear that the very warm air is expected to cross the Tasman anytime soon.