Models still at odds over tropical cyclone path next week 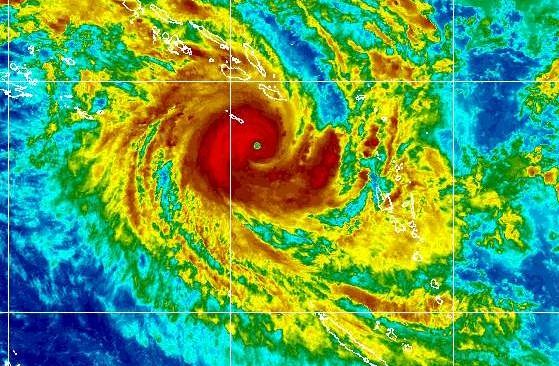 WeatherWatch.co.nz forecasters say the various computer models remain conflicted about the path of a tropical cyclone next week – but one thing they do agree on is it’s formation.

WeatherWatch.co.nz yesterday broke the news that a cyclone was expected to form well north of New Zealand, around Vanuatu this weekend.  It’s unclear if the predicted storm will impact Vanuatu or deepen as it moves south away from the island nation.

All models WeatherWatch.co.nz uses – including two of the world’s largest global models – show the storm developing and rapidly deepening into a severe tropical cyclone by Monday next week.

But while they all agree where and when it will form – all models are predicting a different path.

The most alarming model is coming from ECMWF – a European forecaster that last year nailed Cyclone Yasi’s track towards Australia 10 days in advance – and also nailed the path of every tropical cyclone last season..

Since Sunday ECMWF has been predicting a major tropical cyclone to our north and then has it tracking south towards New Zealand around April 2, 3 and 4.  If their maps are anything to go by severe gales and flooding rains would be highly likely.

However they aren’t the only organisation tracking this potential cyclone.

The ECMWF models are at odds with GFS – an American model, which tends to be more accurate short term than long term for New Zealand, in our view.  GFS has the low tracking to our north east, but fails to predict beyond a week – so a question mark still remains on exact tracking seven days from now.  Other models that do go out beyond a week, based on GFS data, also show the low tracking well to our north east – but close enough to be within our waters.

Australia’s Bureau of Meteorogoly is halfway between the two mmodels – picking a tropical cyclone that will leave the Coral Sea and enter the Tasman Sea on Monday – but as a less intense storm than ECMWF.

WeatherWatch.co.nz said on Monday it would wait until Wednesday before making a more concrete prediction of for the upcoming tropical storm.

MetService has no information on the predicted low at this stage.

Either way it will be very interesting to see which model proves to be correct.

I see one of the models I use is suggesting it could drop down the Tasman but the others say it will go out east. It looks like big seas for the east coast for Easter again. What joy. I will be keeping up to date with your take on it as it develops.

Interesting to note that it coincides with big tides again & full moon. That happens too often for it to be a fluke. Cheers Dave

A bit early for it to arrive if it does, in time for April 10th Wahine years on.