Military help for Oz clean up 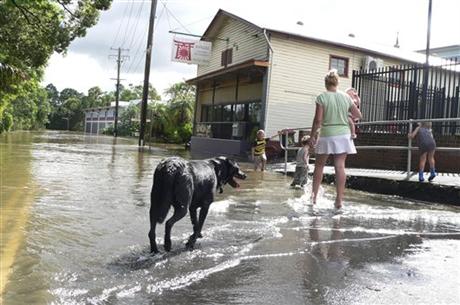 The tough side of a flooding event is always the clean up and it is a big task taking place over parts of southeast Queensland today.
A military convoy has arrived in flood devastated Wide Bay-Burnett region to help the communities begin the flood recovery.

Six people are known to have died in the state’s flood disaster, after the bodies of two farm contractors were discovered in the Lockyer Valley yesterday.The men, aged 25 and 34 and believed to be from Taiwan, had not been seen since the weekend flood.

While some rivers are yet to peak, a massive clean-up is underway. There are still communities short of food, power and water.The estimated cost of the floods stands at nearly $200 million.

In badly affected Bundaberg, the record flood is receding, although water continues to flow through large parts of the city.It could be days before residents are allowed back into the worst affected areas.

The troops will help to repair damaged infrastructure and clean people’s homes.

The process to rebuild the area to its original state could take many months and even up to a year or so.

Homepage image of floodwaters slowly receding in Bundaberg but still a long way to go.