Melbourne Cup weather – not too wet, not too hot 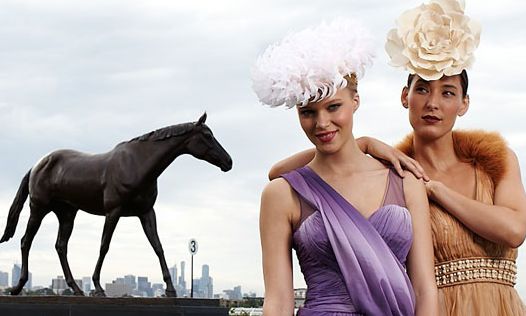 WeatherWatch.co.nz forecasters say weather conditions in Melbourne today for the 151st Melbourne Cup carnival looks to be fairly settled but not perfect.

A large high to the west of Victoria will continue to pump in a west to south west wind which will help keep temperatures into the late teens.  Melbourne shares a similar climate to Christchurch at times and can experience very hot nor’westers one day then bitterly cold southerlies later that day.  That isn’t the forecast for this year’s Cup – wind direction is everything for those who live in Melbourne when it comes to weather forecasts and this years west to south west wind should keep conditions fairly unremarkable.

A couple of showers may be caught up in the south west flow but overall conditions look fairly settled and dry at Flemington following a similar day on Monday.

For more details on the Melbourne Cup go to www.melbournecup.com