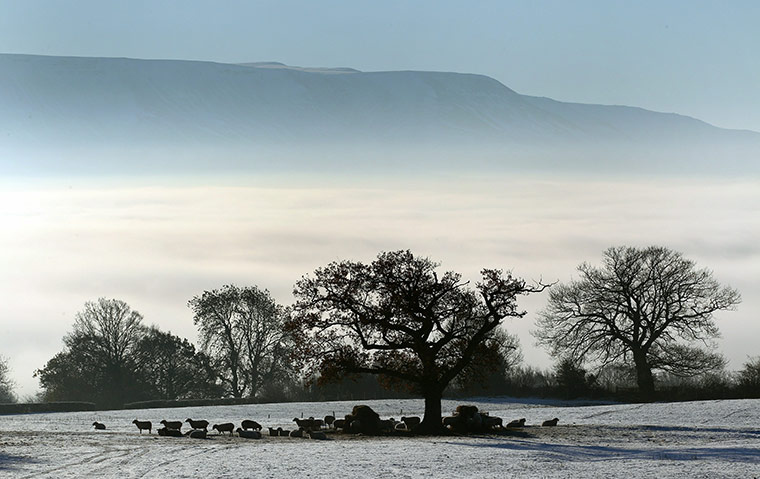 Over the last few days we’ve published stories about Global Warming and Climate Change and it still seems not everyone is on the same page when it comes to opinions.

The UK has had a fairly harsh winter and we only have to go back just over a decade when this story was published in the British media. It left us wondering if we’re talking about a different part of the world….

Britain’s winter ends very soon with further indications of a striking environmental change: snow is starting to disappear from our lives.

Sledges, snowmen, snowballs and the excitement of waking to find that the stuff has settled outside are all a rapidly diminishing part of Britain’s culture, as warmer winters – which scientists are attributing to global climate change – produce not only fewer white Christmases, but fewer white Januaries and Februaries.

The first two months of 2000 were virtually free of significant snowfall in much of lowland Britain, and December brought only moderate snowfall in the South-east. It is the continuation of a trend that has been increasingly visible in the past 15 years: in the south of England, for instance, from 1970 to 1995 snow and sleet fell for an average of 3.7 days, while from 1988 to 1995 the average was 0.7 days. London’s last substantial snowfall was in February 1991.

Global warming, the heating of the atmosphere by increased amounts of industrial gases, is now accepted as a reality by the international community. Average temperatures in Britain were nearly 0.6Â°C higher in the Nineties than in 1960-90, and it is estimated that they will increase by 0.2C every decade over the coming century. Eight of the 10 hottest years on record occurred in the Nineties.

However, the warming is so far manifesting itself more in winters which are less cold than in much hotter summers. According to Dr David Viner, a senior research scientist at the climatic research unit (CRU) of the University of East Anglia,within a few years winter snowfall will become “a very rare and exciting event”.

“Children just aren’t going to know what snow is,” he said.

The effects of snow-free winter in Britain are already becoming apparent. This year, for the first time ever, Hamleys, Britain’s biggest toyshop, had no sledges on display in its Regent Street store. “It was a bit of a first,” a spokesperson said.

Fen skating, once a popular sport on the fields of East Anglia, now takes place on indoor artificial rinks. Malcolm Robinson, of the Fenland Indoor Speed Skating Club in Peterborough, says they have not skated outside since 1997. “As a boy, I can remember being on ice most winters. Now it’s few and far between,” he said.

Michael Jeacock, a Cambridgeshire local historian, added that a generation was growing up “without experiencing one of the greatest joys and privileges of living in this part of the world – open-air skating”.

Warmer winters have significant environmental and economic implications, and a wide range of research indicates that pests and plant diseases, usually killed back by sharp frosts, are likely to flourish. But very little research has been done on the cultural implications of climate change – into the possibility, for example, that our notion of Christmas might have to shift.

Professor Jarich Oosten, an anthropologist at the University of Leiden in the Netherlands, says that even if we no longer see snow, it will remain culturally important.

“We don’t really have wolves in Europe any more, but they are still an important part of our culture and everyone knows what they look like,” he said.

David Parker, at the Hadley Centre for Climate Prediction and Research in Berkshire, says ultimately, British children could have only virtual experience of snow. Via the internet, they might wonder at polar scenes – or eventually “feel” virtual cold.

Heavy snow will return occasionally, says Dr Viner, but when it does we will be unprepared. “We’re really going to get caught out. Snow will probably cause chaos in 20 years time,” he said.

The chances are certainly now stacked against the sortof heavy snowfall in cities that inspired Impressionist painters, such as Sisley, and the 19th century poet laureate Robert Bridges, who wrote in “London Snow” of it, “stealthily and perpetually settling and loosely lying”.

Not any more, it seems.

This story was written for the Independent back in 2000

read the 2nd to last paragraph, about snow will return from time to time
which is what has happened at the moment (due to a stuck weather pattern of alot of easterly winds from Europe (stuck weather patterns seem to be occuring more frequently))
climate change predicted more extremes….one way or the other

We agree with you westcoast to a point but the last five years have seen significantly colder winters overall for the UK with March now the second coldest since 1860.

West Coast, you say, “one way or another.” In other words you are having a Bob each way, all bets are covered. You can’t lose!

If people wrote something similar now in reaction to the past five northern winters they would be claiming that we were heading for another mini-ice age. They would be predicting the near future based upon cherry picking a short time period of cold events just as Dr Vine did back in 2000 with the warm features at the time, and look what happened to his predction. He tried to have a Bob each way by saying that snow would be a one in 20 year event.

Thinking about predictions for a mini ice age, this is exactly what the chicken little brigade of the 1970’s came up with after a series of consecutive cold winters world wide. When things warmed up in the 1980’s those same alarmists latched onto a little proved theory that we were causing the world to overheat and a worldwide industry has grown to gargantuan proportions based upon a theory from models that can’t predict the reality we now face.

As for the extremes, if you discount the money side unless you do rate the costs on a comparable basis with the past, then things were more extreme here and around the world in the 1930’s! For Palmerston North 1935 is still the sunniest year on record, and until the infamous 2004 it was also the wettest. In February the following year (1936) we also experienced the most devastating ex-tropical storm of the 20th century to hit New Zealand. No storm since has surpassed the damge caused. The summers were hot and sunny, and the winters were very cold and often snowy like 2011. This was also the time of the Dust Bowl in the U.S.