May arrives with frosty south 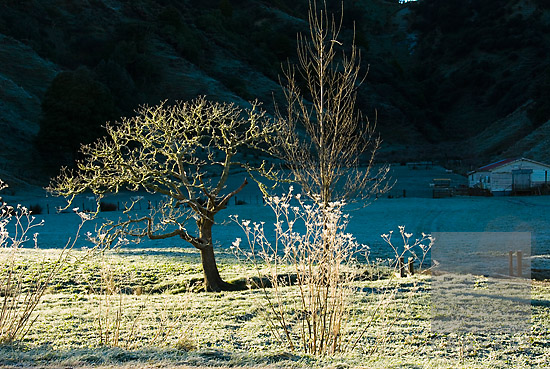 The morning has begun cold in the south with Jack Frost making an appearance but not all areas are looking icy.

The upper North Island is still under the influence of west to sou’ west winds with temperatures remaining in double digits, mostly.Whanagarei and Gisborne are mildest with 16 degrees with Aukland one behind on 15.

Christchurch and Timaru though are shivering with the thermometer on zero, Dunedin airport and Queenstown have dipped as low as minus two degrees but for most of the chilly centres sunshine should beam down for the first day in May.

Today eastern areas of the North Island will see potentially the most showers as the sou’ wester does its thing and also the south coast through Foveaux strait.

“It’s hard to believe that we’re still seeing temperatures in the mid twenties such as Napier yesterday with 26 degrees but today that seems to be behind us” says weather analyst Richard Green “The front finally moved into the bay and the temperature has dropped a few degrees and we might not see those sorts of highs again until Spring”.

WeatherWatch is still warning of an icy blast this weekend however it’s slowed down a little and looks to bite late Saturday now in the far south, Sunday for central areas and Monday for the remainder of the country.

“It still has the potential to be very chilly with snow to quite low levels for the first time this year” says weather analyst Aaron Wilkinson.”It looks to get some steam up and lash out at southern and eastern areas of the South Island to begin with and even though it mightn’t be quite so full on for the North Island it’ll feel a little icy in exposed windy areas”.

It looks as if the cold air will be with us for two to three days overall and showers look set to hold onto eastern regions.

Frosts are likely to be more widespread following the southerly outbreak as an anticyclone settles itself across much of the nation during the early to middle part of next week.