Home > News > Matthew downgraded to a tropical storm b...

Matthew downgraded to a tropical storm but US death toll climbs 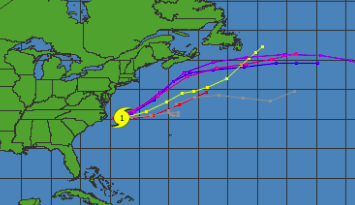 Matthew is no longer a hurricane – the storm was downgraded overnight to a post-tropical storm. The effects of the storm are now being felt in North Carolina, where 7 people have just been confirmed dead.

This brings the US death toll for Matthew to 15.

But it’s Haiti that is still reeling from the storm that destroyed many homes and left up to 800 dead, according to Reuters news service which is reporting a higher number from their own count compared to the Haitian Government which places the toll at 300.

2.3 million people remain without power in the US.

Matthew was a very serious storm on Friday and the US has dodged a bullet by avoiding a more direct hit to Florida while the storm was a Category 4 monster.