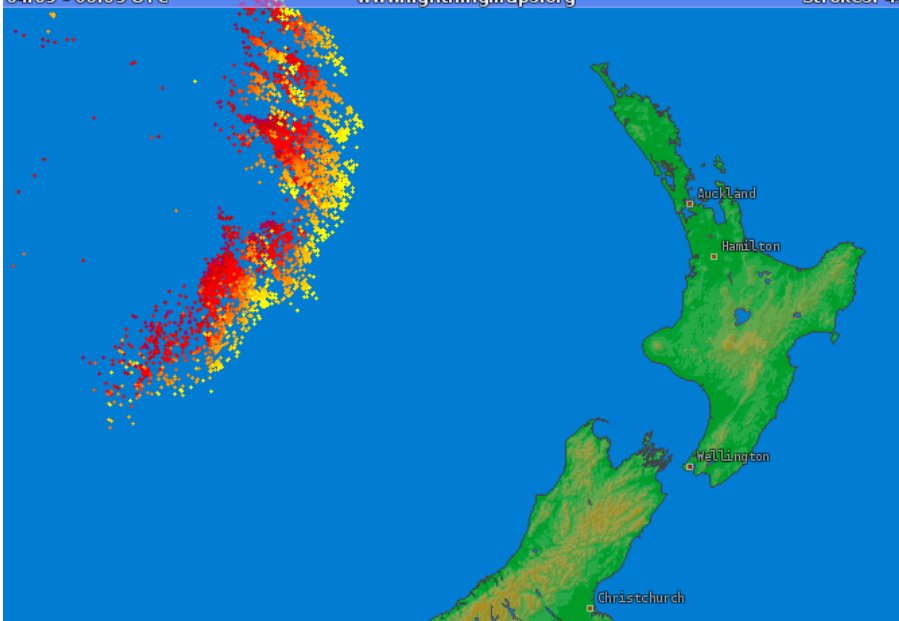 Updated 2:27am Sunday — Thousands of lightning flashes lit up the Tasman Sea on Saturday night and on a global scale it stood out as one of the largest on earth.

Before you get too worried, much of the energy will track north of New Zealand but still the upper North Island is going to get a burst of thunderstorms before dawn, some severe (See MetService.com for official thunderstorm warnings) so definitely indoors weather. They should move through fairly fast before dawn, but will linger longest over Northland. Auckland is on the edge of the risk zone with northern areas most exposed to a thunderstorm before 4am.

On Sunday daytime there is generally a low to moderate risk for a few more thunderstorms but more isolated.

Warm and cold air colliding in spring is a trademark of the season and is the perfect recipe for thunderstorms. But while some of the thunderstorms will move into NZ on Sunday, the low itself (where the energy was mixing these two air masses so perfectly on Saturday evening for a time) isn’t moving here so fast, so that means as the thunderstorms move closer to NZ they move out of such favourable conditions to be so “spectacular” – although for many in the Northland you may still get quite a few flashes before dawn. The lightning tracker as of 1:45am was very active still – but only abut 25% of the strikes compared to what was recorded on Saturday evening.

At its peak the strike rate mid Saturday evening was around 4500/hour!

Track the thunderstorms LIVE here, with updates every 60 seconds: www.WeatherWatch.co.nz/LIGHTNING

Keep up to date with WeatherWatch’s local forecasts on Sunday and also tax funded thunderstorm outlooks from MetService. 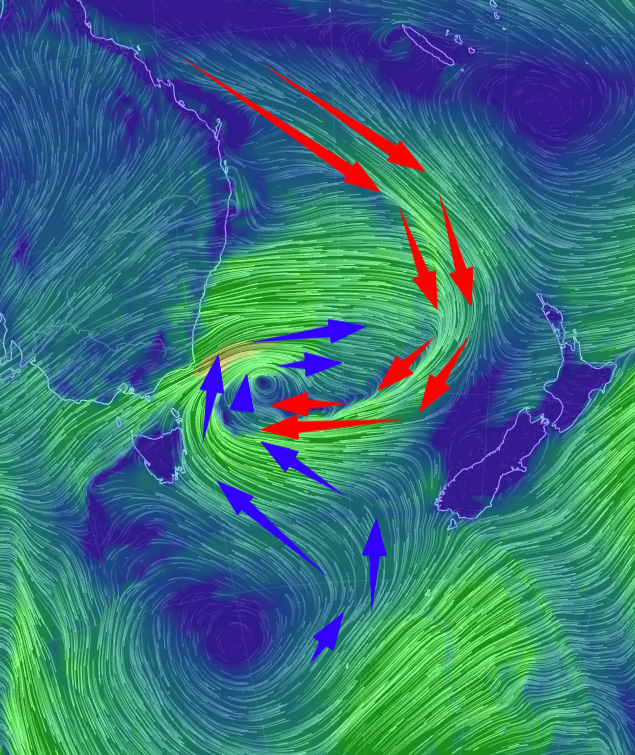 #Bzzt! We have an #electrical storm out in the Tasman right now! Track Live on our App or https://t.co/nt7cdATDzh

First 3 maps show #thunder risk:
1. 6pm Sat (now)
2. 6am Sun
3. 6pm Sun
As you can see, most of the energy tracks north of #NZ, but some lower risks for upper NI pic.twitter.com/U3gCOkRZcd