March one of the driest on record – new report (VIDEO) 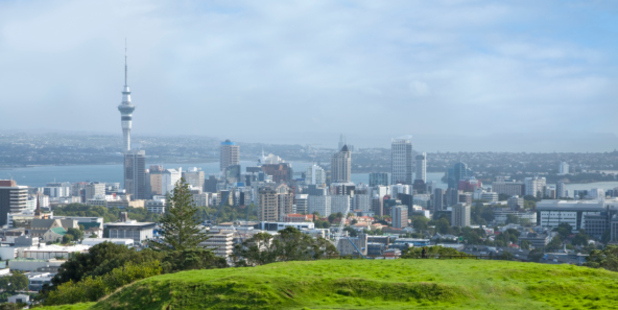 High temperatures and scarce rainfall helped make last month one of the driest Marches on record in many places.

Rainfall was more than 50 per cent lower than usual for the month in a large proportion of the North Island, with Hamilton recording its second driest March on record with only 6mm of rain.

Auckland had its second-sunniest March on record.

Last week most of Northland’s west coast from Cape Reinga to Pouto Pt was classified a localised drought area under government regulations for a small-scale adverse climatic event.

Other areas between Auckland and the Manawatu-Wanganui regions also experienced drought-like conditions, but no drought was declared because the conditions weren’t widespread enough.

“The dryness continued across the Cook Strait and into much of the western portions of the South Island where Westport was subjected to its driest March on record,” the report said.

However, bursts of low pressure brought a few moderate-to-heavy bouts of rain, especially in Christchurch where temperatures were below average.

Despite abnormally high temperatures in much of the North Island, the nationwide average temperature for the month of 15.3C, 0.5C below the 1971-2000 March average.

This year so far, the country’s sunniest spot has been Whakatane with 878 hours of sunshine, followed by Takaka with 771 and Tauranga with 770 hours.

Sunshine hours were above average across the board, especially in the North Island.

As of April 1, soil in the North Island was much drier than normal, particularly in some western areas of Northland and Auckland, Waikato, Taranaki, Wanganui-Manawatu and eastern Bay of Plenty.

South Island soil moisture levels were the driest in the Tasman and parts of the West Coast.

A staff member at Palmers Gardenworld in Remuera said dry conditions in Auckland had bumped up sales of watering and irrigation products.

“You put [them] around your plant roots and when you’re adding water, they absorb the water and when the plants start drying out, [they] release that water.”

March weather at a glance

* The country’s highest temperature of 30.8C was recorded at Wallaceville in Upper Hutt on March 16

* The lowest temperature was -3.3C, recorded at Pukaki Airport near Twizel on March 25

* Of the six main centres, Auckland was the warmest, Dunedin the coolest and cloudiest, Hamilton was the driest, Christchurch was the wettest, and Tauranga the sunniest.

March was hot and dry, but we saw the biggest attack of mountain waves ever in Paekok during an SE into an anticyclone, with polar air coming over in waves too. And a rain wave too which was a bad scene. Stable air, the SW and an SE all at once are a bad combination. I think we are in for utter hell with the mid-latitude Westerlies this winter, as we’ve seen a very serious Climate decline this year, the fastest I have ever seen. Dreading the first big SE.