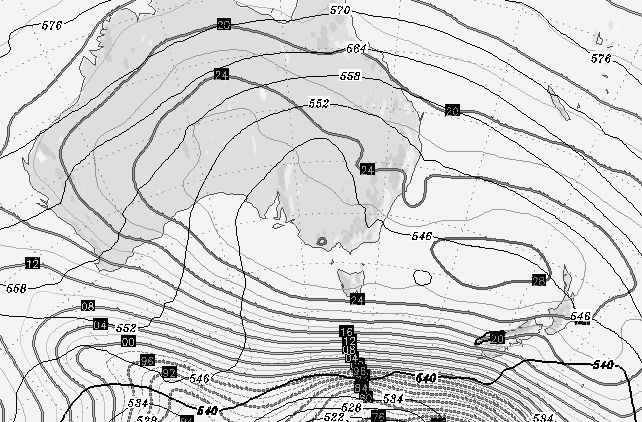 What a week it’s been, with flooding in both islands, fog grounding dozens of flights in Auckland, record breaking deadly tornadoes sweeping across the United States, an erupting volcano in Iceland grounding flights in the UK and gales and biting wind chills swirling across Australia.

But WeatherWatch.co.nz comes bearing good news for many Kiwis – a very large high is on the way…and it’s here to stay.

The large high is part of continuous chain of anticyclones which have dominated across Australia and out into the Indian Ocean for some time.

On Sunday the high will stretch an incredible 6500kms from just east of Auckland to just west of Perth.

This mammoth high will last most of next week – bringing light winds and fairly clear skies for much of the country.

A low is also expected to form near the Queensland coast next week – which will gradually drift towards New Zealand next week, bringing an easterly flow to Northland, Auckland and Waikato.

This new low means the warmer weather for northern New Zealand isn’t over yet.  The low could bring brisk easterlies and clouds from Waikato northwards as early as Wednesday but the high is likely to remain over other regions.

Woops!  Been fixed, thanks.

Not much use to Auckland north though…