Major Hurricane heading to Jamaica, Cuba – damage may be significant 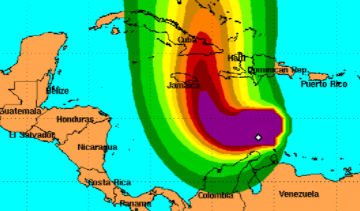 Hurricane Matthew is a major storm now with Category 4 status – and it’s aiming for both Jamaica and Cuba with winds of 225km/h. This is stronger than was forecast and poses a much more serious threat to Jamaica.

“Many land areas are at least threatened by the system,” said Rick Knabb, director of the National Hurricane Center. “Hurricane hunters are going to be flying in and out of Matthew for days to come.”

CNN Weather said it is still unclear whether Matthew will hit Florida, where weather models currently have it possibly scraping. But by late Sunday or Monday the dangerous storm should be approaching Jamaica, Haiti and eastern Cuba.
Jamaica Meteorological Service Director Evan Thomas said he expected the storm to hit the island and said fishermen have been advised to evacuate from the cays and return to the mainland, the Jamaica Observer reported.
WeatherWatch.co.nz says forecasters picked the storm to reach Cat 3 intensity, but it’s strengthened to 4.  This normal but is concerning for Jamaica – although latest forecasting shows a predicted Category 3 Matthew still likely to make a direct hit on the small island nation. Jamaica is home to 3 million people.
Hurricane Katrina was Category 3 when it made landfall in New Orleans, USA, in August 2005 – Matthew is currently stronger. 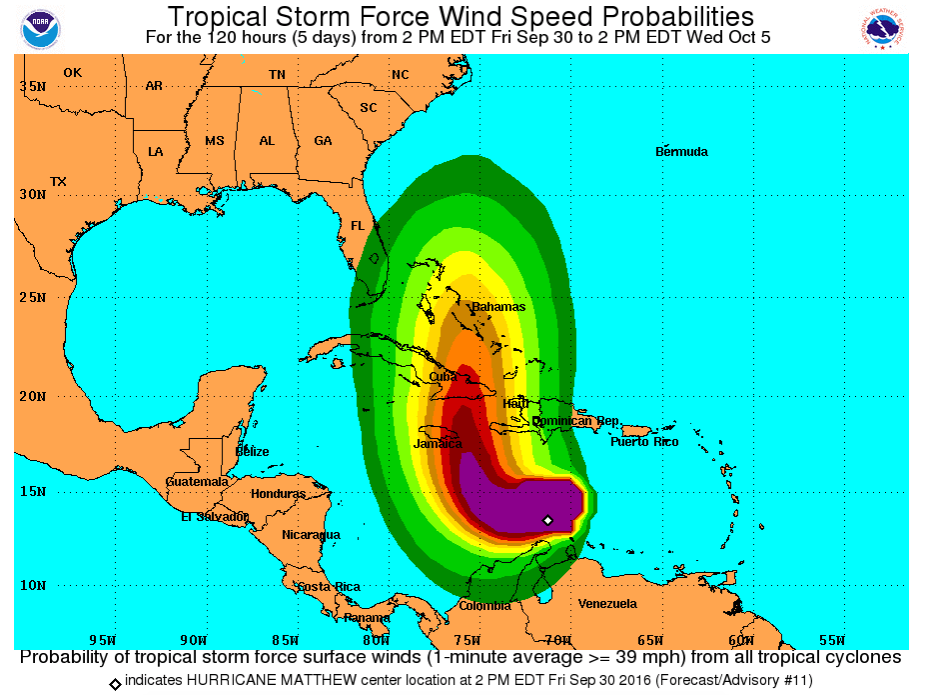 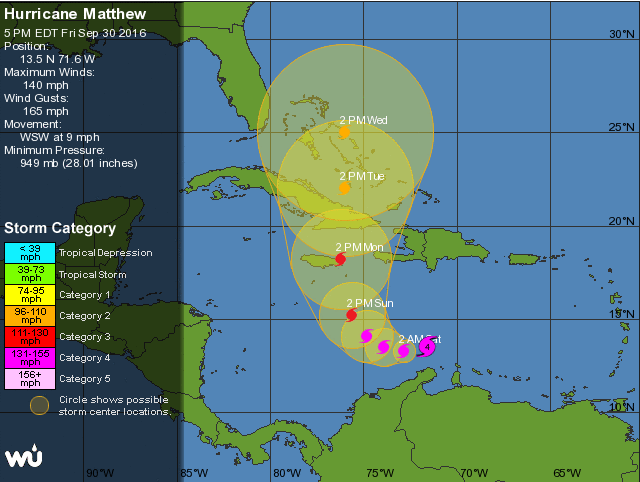