Home > News > Mainly settled week on the way with a fe... 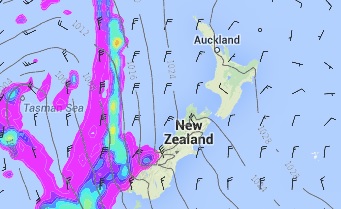 The week ahead is mainly settled with high pressure dominating, however a few fronts do cause the weather to turn at times for a few regions.

On Tuesday a high pressure system lies over the upper North Island, a gentle westerly quarter airflow over the rest of the country with a front hanging about
the lower South Island. So the upper North Island has mostly sunny weather, as does the east coast and about Wellington. For Waikato through to Kapiti expect a
cloudy start with the chance of some drizzle then sunny spells breaking through in the afternoon.

Mostly sunny about the upper South Island, some cloud slowly moves into Canterbury from afternoon as southerlies develop. Morning rain about Southland and Otago eases to patchy showers, winds change light southwest during the morning. Expect periods of rain about Fiordland, heavy at times.

On Wednesday a fair chunk of the country is covered by high pressure bringing mostly sunny conditions, light winds and afternoon sea breezes for most. Some morning rain again for Southland and Otago then easing to a few
patchy showers which clear by evening, northeasterly winds.

Northwesterly winds freshen over the country on Thursday bringing warm temperatures to eastern regions, some high cloud possible too. Cloud increases along the West Coast of the South Island from morning, showers spread north from late afternoon then rain develops overnight. Cloud develops in the west of the North Island from evening.

Finally for Friday, eastern regions look to win out again. For the west of the North Island expect cloudy areas with the odd light shower possible, some rain for Taranaki. Warm in the east with northwesterlies and high cloud. Heavy rain eases in the morning on the West Coast of the South Island, westerly winds. Morning high cloud clears on the east coast then mostly sunny and warm with west to northwesterly winds.