Home > News > Mainly settled week on the way, good for...

Mainly settled week on the way, good for cricket, not good for farmers 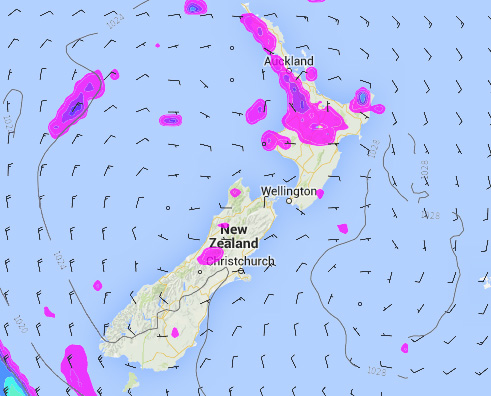 An anticyclone brings mainly settled weather across New Zealand on Monday, for the South Island morning cloud breaks to sunny areas in the east with easterly winds. Mostly sunny in the west with light winds, a few clouds could build about the ranges though. Over the North Island expect cloud in the east with the odd drizzle patch possible, mostly sunny out west although cloud build ups about Waikato northwards could bring an isolated shower late afternoon / evening.

Anticyclonic weather continues on Tuesday, mostly sunny over the South Island with light winds in the morning then afternoon sea breezes. A similar picture for the North Island, still some cloud in the east but expect sunny areas too. The Waikato northwards once again could see an isolated shower or two mainly late afternoon  / evening.

Wednesday sees anticyclones either side of New Zealand while a ridge over the North Island bridges the gap, mostly sunny weather across the country with east to northeast winds in the east and westerly winds in the west. Auckland and Northland see afternoon sea breezes and the risk of a shower late afternoon / evening. Some cloud south of the Glaciers on the West Coast of the South Island, chance of a light shower about Fiordland.

Friday returns to mostly sunny weather over the South Island, cloud in the east breaks away in the afternoon. For the North Island itâ€™s cloudy in the east with some drizzle possible, sunnier out west with southeasterly winds. Auckland could see an isolated shower late afternoon / evening due to a weak area of low pressure over the region.