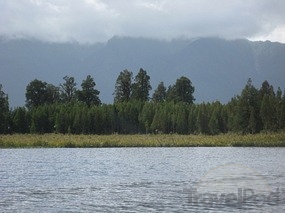 Skies are mostly grey out west over the South Island today and also for parts of Nelson and Marlborough with some rain or showers expected from time to time. Skies aren’t completely blue elsewhere with cloud possibly lurking this morning but sunny skies and mild to warm temperatures are likely this afternoon.

Overnight temperatures were near average or a little above in a few cases, as cloud kept warmth over land during the night.
Blenheim remained in double figures with light west to sou’ west breezes and not surprisngly, Queenstown dipped as low as 3 degrees earlier this morning

Much of the weekend should see temperatures above average across the Mainland but as the nor’ wester builds, West Coasters will see cloud and rain move in with temperatures on par for the end of October.

October has been a cloudy month for many areas of the country and it’s been a cool month for much of the south however inland areas have seen the mildest days overall.

November may see more warmth return for southerners with a little more sunshine however winds could pick up occasionally with southerly changes still a likely prospect for eastern and southern districts interspersed with warmer and dry spells.