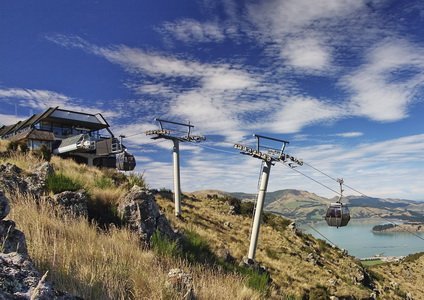 We’re in the middle month of Autumn and the latest data shows that the big cities are cooling down and there’s been a sprinkling of rain or showers.

We’ll begin with Auckland and just a shade under five millimetres of rain has fallen inside the last week.
Yesterday was the warmest day with twenty three degrees and the coolest nights were earlier in the week when it dipped down to eight.
Winds have blown in from all directions but last Sunday saw a sou’ easter peak just above forty kph.

Hamilton has seen chilly nights this week with a low of one degree but also two nights where it popped down to three degrees.
Daytime highs have been pleasant and just topping the twenty degree mark.
Rain has almost totalled ten millimetres for the city and winds have blown breeziest from the sou’ west at a smidgen over thirty kph.

Tauranga has seen five millimetres of rain over the last seven days and temperatures have cooled down on the previous week but stiil twenty two degrees was struck yesterday.
Winds haven’t been a real feature but nights have cooled down to single figures on occasions.

Wellington biggest blow was a southerly on Monday which roared in at gale force at one point.
Temperatures have also cooled in the Capital with 20 degrees remaining out of reach but nights have generally been in double figures.
Rain totals just over seven millimetres for the last seven days.

Christchurch climbed up to twenty four degrees thanks to nor’ west conditions yesterday but the frosts moved in earlier this week seeing the mercury down below freezing one night with air pollution levels also rising.
Five millimetres has also been recorded in the rainfall stakes and Tuesday saw a southerly whip through above fifty kph.

Dunedin enjoyed a reminder of summer yesterday with twenty three degrees and although the city has stayed above freezing this week at night the airport dropped as low as a bitter minus four degrees.
Rain has topped seven millimetres within the seven day timeframe and the wind was breezy on Tuesday from the sou’ west at nearly forty kph.

I see you’ve stated that this is the middle month of Autumn, but (like last year) one has to bring up for discussion about when Autumn commences. Realistically it was Mar 21 (Equinox) – If you selected Mar 1 as your preferred Autumn commencement date, the hottest temperatures(in Akl anyway) would have occurred in the first two weeks of March this year – therefore making a mockery of the actual summer period. Same for the start of summer – Rarely is it anything like summer on Dec 1 – normally windy, coolish – With summer really beginning on the longest day Dec 21. (which is pretty close – anytime arouind xmas things normally improve form then on !